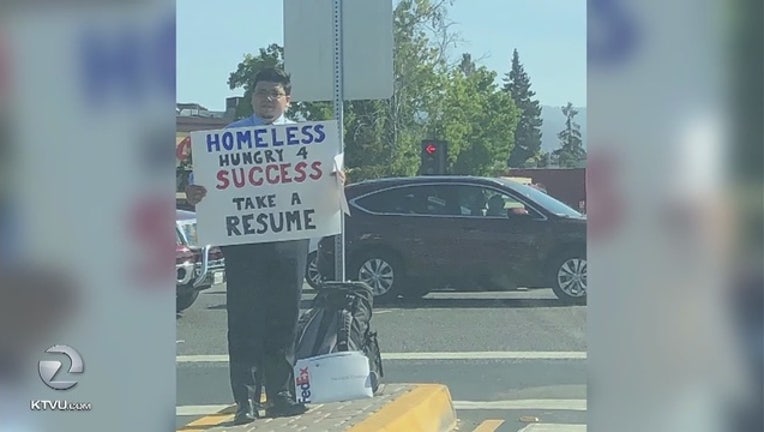 PHOENIX (KSAZ) -- Things are looking good for a man whose job-seeking plight went viral earlier in the year.

In late July, FOX 10 sister station KTVU reported on David Casarez, a man who held a sign that reads "Homeless. Hungry 4 success [sic]. Take a resume" on a street corner in Mountain View. The sign caught the attention of a tech industry worker who happened to drive by.

"I was at that lowest point and when I did that sign I was like, this has to work," said Casarez at the time, who moved to the Silicon Valley from Texas to follow his dreams.

On Tuesday, Casarez tweeted on his unverified Twitter account that he is now employed as a software engineer.

Earlier in the month, Casarez said he was doing interviews with a "select few companies". He did not identify the companies.