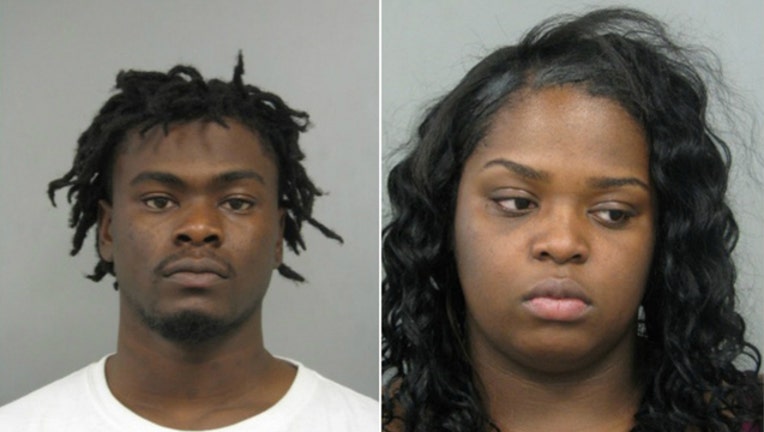 (SUN TIMES MEDIA WIRE) - A man and a woman have been charged with an October armed robbery in north suburban Skokie.

Terry J. Valrie and Alicia L. Brown, both 22, were charged with armed robbery for an incident that occurred on Oct. 23 in the 7800 block of Terminal Avenue, according to a statement from Skokie police. Valrie was also charged with two counts of violating probation, one count of fleeing and eluding, one count of obstructing justice and one count of driving with a suspended license.

Officers spotted Valrie on Friday in the 4800 block of Dempster Street inside the vehicle that was used in the robbery, police said. He was taken into custody and charged. Brown was arrested the next day.

Valrie, of the 600 block of Hull Terrace in Evanston, was ordered held on a $250,000 bond, according to police. Bond was set at $50,000 for Brown, who lives in the 1400 block of Cleveland Street in Evanston. They were both expected to appear in court again Tuesday.