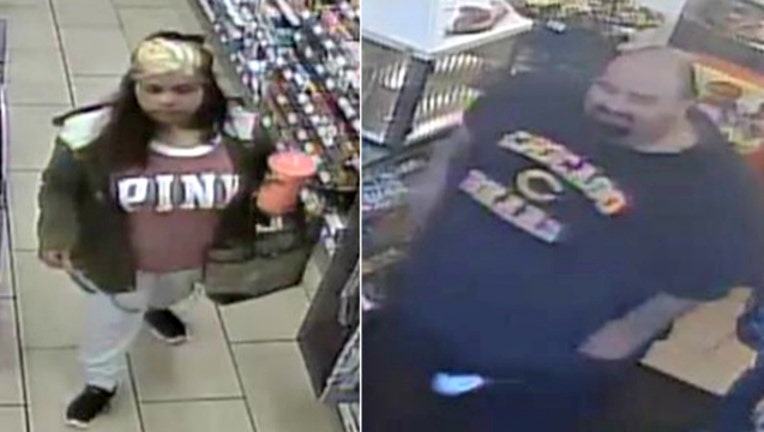 Police say this pair attempted to kidnap two girls, ages 13 and 19, at a 7-Eleven convenience store in Beverly. | Chicago police

Police are searching for a pair who allegedly tried to coax two teenage girls into a minivan outside a convenience story in Beverly on the South Side.

She repeatedly asked the teens to see her babies outside in her minivan, police said. They tried to disengage from the woman, but were asked by the woman again if they would come outside to her vehicle. They were able to leave the area unharmed.

Police said the woman left with a man who drove the gold-colored 2006 Dodge minivan with Illinois plates of BA30918. Both suspects are between 30 and 40 years old.

Anyone with information about the attempted kidnapping was asked to call Area South detectives at 312-747-8271.