BOSTON - Eugene "Ed" Norton, a Korean War veteran from Reading, Massachusetts, suffered several bruising injuries to his face and head inside his local gym after the mask he had to wear due to COVID mitigation measures rode up on his face and obscured his vision — causing him to fall.

The accident happened on Feb. 3, nearly two weeks ago. He's still recovering from bruises on his face and head.

Norton, 84, served overseas during the Korean War, rising to the rank of sergeant in the Marines. He served the nation proudly from 1955-1963.

Norton explained to Fox News Digital that he'd just gotten off an exercise bicycle (and yes, masks were required even during workouts). He was walking toward another workout machine when he tripped and fell.

"During my exercise, my mask had risen up over my nose and blurred my vision," Norton said in a phone interview.

"I couldn’t see my feet, and I tripped over a scale in my path and then hit my head on a [nearby] workout machine."

He was "stunned" by his accident, Norton said. 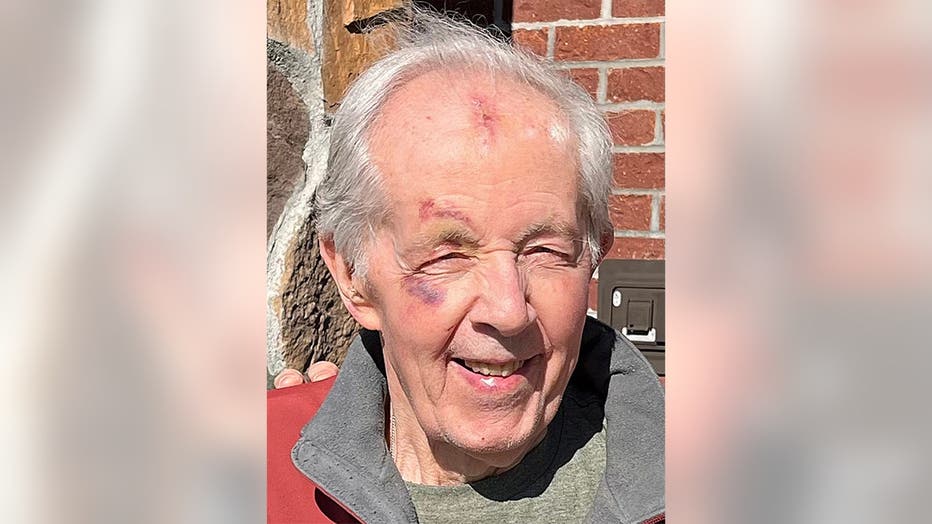 Marine veteran Ed Norton was injured during a fall when the mask he had to wear inside a local gym (during his workout) moved up on his face and obscured his vision as he was walking to another exercise machine. (Deirdre Reilly)

A nurse and a doctor who happened to be exercising alongside Norton rushed to his aid. Their first task was to stop the bleeding.

Norton said he was given a bandage and an ice pack that the nurse got from the gym's managers.

Then two trainers "picked me up and got me off the floor," said Norton. "I really whacked my head."

The doctor who attended to Norton told him he felt his injuries were serious enough to warrant a CAT scan, which Norton decided to forego.

The Board of Health in Norton’s town, which is roughly 12 miles north of Boston, voted this past Thursday, Feb. 10, 2022, to rescind the town's mask mandate for indoor spaces.

LIGHTFOOT: TOO SOON TO SAY WHEN CHICAGO WILL LIFT MASK MANDATE

Ed Norton's injury happened the week before, when the mandates were still in place. His facial bruising and tenderness linger to this day. 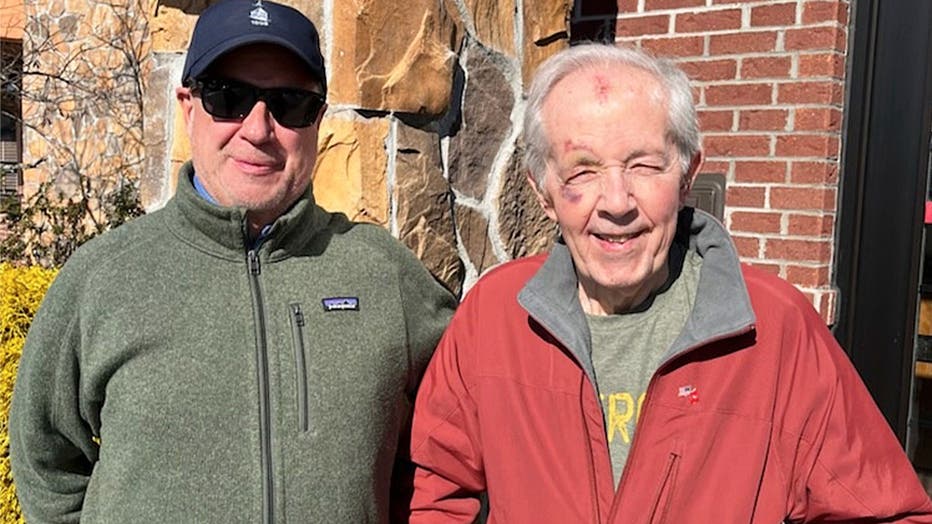 Veteran Ed Norton (at right, in red jacket) with a good friend and neighbor, John Vino, who takes him to church and helps him with errands. (Deirdre Reilly)

One of Norton's workout buddies in town remains livid about his pal's fall due to his mask.

"This is awful," the friend told Fox News Digital. "It's not how our veterans’ golden years are supposed to go — masked for no good reason. Ed is one of our American heroes and he should be treated like one everywhere he goes."

Just as Norton's town has done, many other municipalities and areas of the country have been relaxing their mask mandates.

After his years in the Marines, Norton worked as a vice president for an insurance company. He also received a master’s degree in nursing.

He has his own opinions on masking.

"The type of mask most of us are wearing is not protection at all," he also said. "And these little kids wearing them all the time? It’s not right, and it’s not borne out by science."

Even though the mask mandates in Norton's town have been lifted now, health officials in the area still recommend people wear N95, KN95 or surgical masks "while in indoor public places and [that] public meetings be held remotely, except where in-person meetings are deemed essential," as the local Patch reported.

Norton, not incidentally, is still in mourning for his wife of 59 years, Brenda, whom he lost to illness this past October. 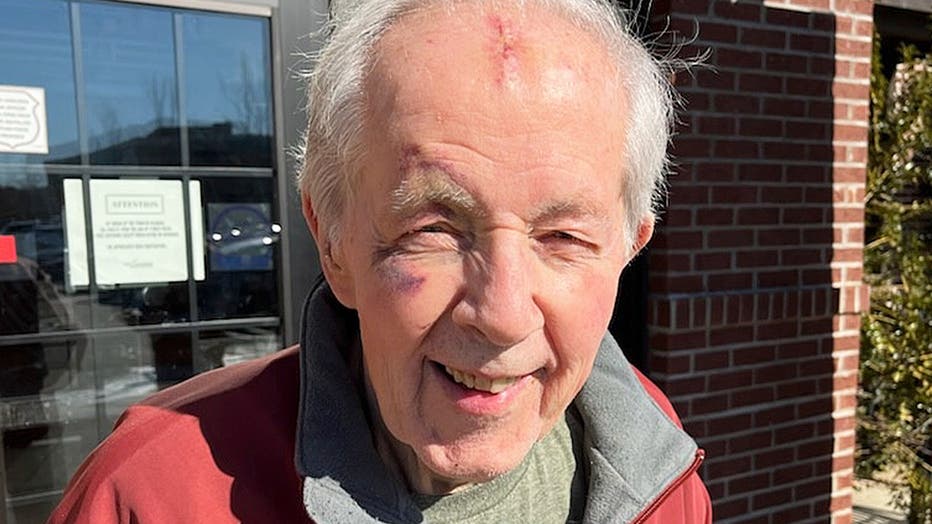 Another view of Marine veteran Ed Norton, with the facial bruises and cuts from his fall. He believes the masks that so many Americans have had to wear have been "useless." He also told Fox News Digital, "Some people get really dogmatic about masking

Norton cared for his wife up until her death in late October 2021.

Asked how he felt about using his nursing abilities and experience to care for his own wife while she was sick, Norton said simply, "That’s how God works sometimes."

Ed and Brenda Norton raised their two sons in Reading. Ed Norton still lives in the first house he and his wife bought together.

As his bruises heal, Norton continues to sift through memories of his beloved wife. "’Always be kinder than necessary’ was her saying," said Norton.

His friends and neighbors seem to be embracing her motto.

Several are supporting him in his time of grief. In addition, his friend, John Vino, takes him to church several times a week and out to lunch.

Norton had some final thoughts on the masking debates that have raged across the country for two years — and on the enforced masking during the pandemic.

"They’ve created a lot of panic and destroyed relationships," he said.

"Some people get really dogmatic about masking," he also said. "I've been approached in the grocery store for not wearing a mask."

Norton's good friend John Vino told Fox News Digital, "It's a real shame how Ed got hurt. He is someone who has always hated wearing the mask."

Fox News Digital reached out to Norton's gym for comment but did not hear back by time of publication.