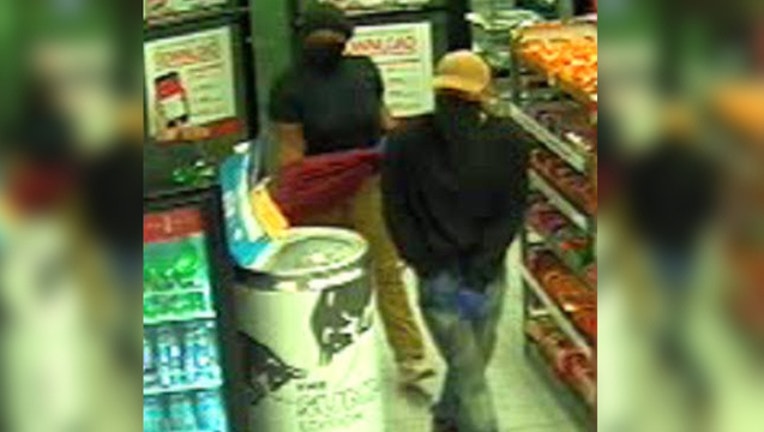 The male and female entered Thornton’s gas station about 1:45 a.m. at 9138 South Cicero Avenue, according to Oak Lawn Police.

The male, whose age was not known, jumped over the counter, brandished a handgun at the store clerk and ordered him to open the case register, police said.

The woman put several cartons of cigarettes into her bag, police said. It was not clear if anything else was stolen.

The pair then fled the store.

The male was described as being about 5-foot-6 and was wearing a long sleeve black shirt, blue jeans, a baseball hat and gloves at the time of the attack, police said.

The female, whose age was not known, was described as being about 5-foot-8 and heavy set. She was wearing a black shirt, khaki pants and gloves. Both robbers were wearing black maskses, police said.

The clerk was not injured in the robbery, police said.