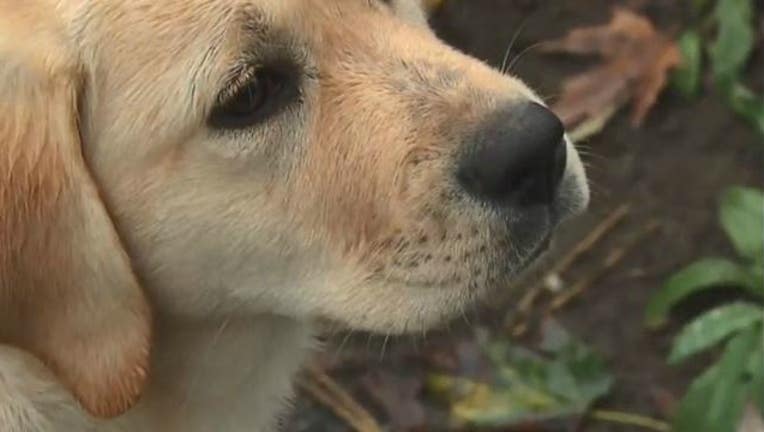 ANDOVER, Mass. – A family’s puppy was saved after she accidentally got into something that almost took her life.

Zoey was on a walk with owner Peter Thibault in Andover when she got into a box on the street.

The box turned out to have an opioid in it, which Zoey swallowed.

Thibault says Zoey keeled over almost immediately and was rushed to a vet.

A quick-thinking veterinarian recognized the symptoms and gave Zoey a dose of Naloxone. Thibault was amazed at how quickly Zoey snapped out of the overdose.

Several doses of Naloxone later, Zoey was home and healthy.

Thibault said she had the cigarette box in her mouth for maybe 30 seconds.

Krista Vernaleken of Bulger Veterinary Hospital said, "just the combination of it being a young otherwise healthy dog who had then suddenly collapsed eating something on the street, those were kind of the keys."

Thibault said, "She asked me to leave the room.  And literally within five minutes she asked me to come back in. The dog was upright, alert, responsive, it was unbelievable."

Thibault said, "it could have been one of the kids in the neighborhood and that would have been devastating. There's little kids out here all the time."