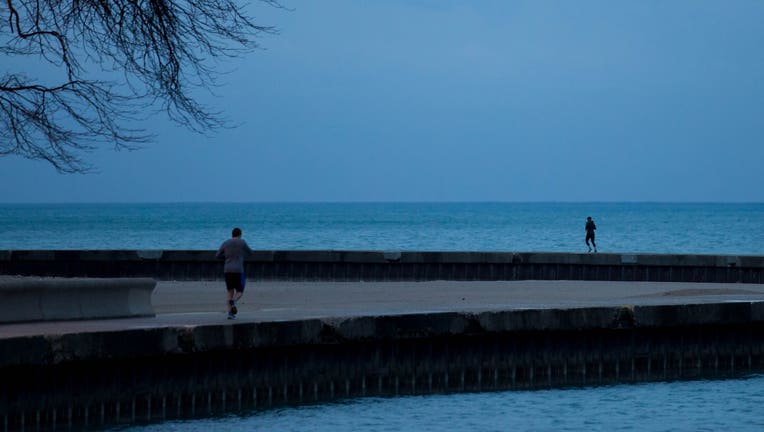 CHICAGO - Chicago Mayor Lori Lightfoot said Wednesday that the sight of crowds along Lake Michigan despite a statewide stay-at-home order to slow the spread of the coronavirus has her considering shutting down the city’s parks.

“When we have masses of people out there as I just saw ... it’s a problem,” Lightfoot said. “We know what happens when we don’t social distance.”′

Experts urge people to keep their distance from each other and establishments ranging from post offices to markets have put up signs reminding the public to do so.

Stay at home orders around the country allow people to go outside, but they do not allow people to gather in large groups. Lightfoot said it appears that the large “packs” of people she saw along the lakefront are, in effect, doing just that.

Chicago’s interim police superintendent, Charlie Beck on Wednesday said his officers will issue one warning to people violating state and city orders and then issue citations to people who don’t comply.