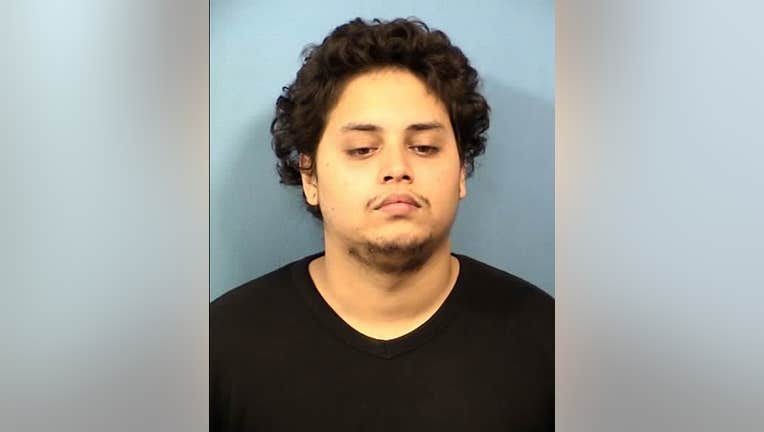 WHEATON, Ill. - A man has been convicted of shooting a 65-year-old man during a 2017 road rage incident in west suburban Elmhurst.

A jury found 26-year-old Angelo Navarro guilty Tuesday night of two felony counts each of aggravated battery with a firearm and aggravated discharge of a firearm, according to a statement from the DuPage County state’s attorney’s office.

The verdict was handed down following a five-day trial and six hours of deliberations by the first 12-person jury convened in DuPage County since the COVID-19 pandemic began, prosecutors said.

“Mr. Navarro’s violent actions that afternoon nearly cost the victim in this case his life,” DuPage County State’s Attorney Robert Berlin said in the statement. “Not only did he cause serious injury to his victim, but he also endangered the lives of the motoring public as well as the lives of the occupants of both vehicles, including his own child.”

Authorities were called for reports of a crash about 2 pm. Oct. 28, 2017, near York Road and Diversey Avenue in Elmhurst, the state’s attorney’s office said. They found one vehicle with a shattered driver’s side window and the driver bleeding from a gunshot wound to the face. The bullet had entered his left cheek and left his right cheek.

The victim was taken to Elmhurst Hospital, where he underwent surgery, prosecutors said. The man’s wife was with him in the car, but she wasn’t injured, Elmhurst police said at the time.

The altercation started when Navarro and the victim were both waiting at a nearby intersection to turn left, with Navarro in front of the victim, prosecutors said. The victim drove around Navarro at the intersection and passed him, and Navarro followed and began tailgating.

Navarro then pulled into the oncoming traffic lane next to the driver’s side of the victim’s car and fired his gun through the front passenger side of his vehicle, prosecutors said. Navarro’s son was in the back seat of his car at the time.

Navarro, a Melrose Park resident, faces between six and 30 years in prison, the state’s attorney’s office said. His sentencing is scheduled for Nov. 17.