CHICAGO - Metal legends Metallica have announced they will play a "pop-up concert" in Chicago on Monday night.

The band will take the stage at Metro on Clark Street at 8:30 p.m. It will be the band's first show at the venue since 1983.

"THAT was way too much fun last week as we finally played in front of real live fans for the first time in over two years in our hometown of San Francisco. So why not do it again," the band wrote on its website. "This time we’re in Chicago and we’ll be hitting the stage at the storied Metro on Clark Street tonight... our first time back there since 1983!!" 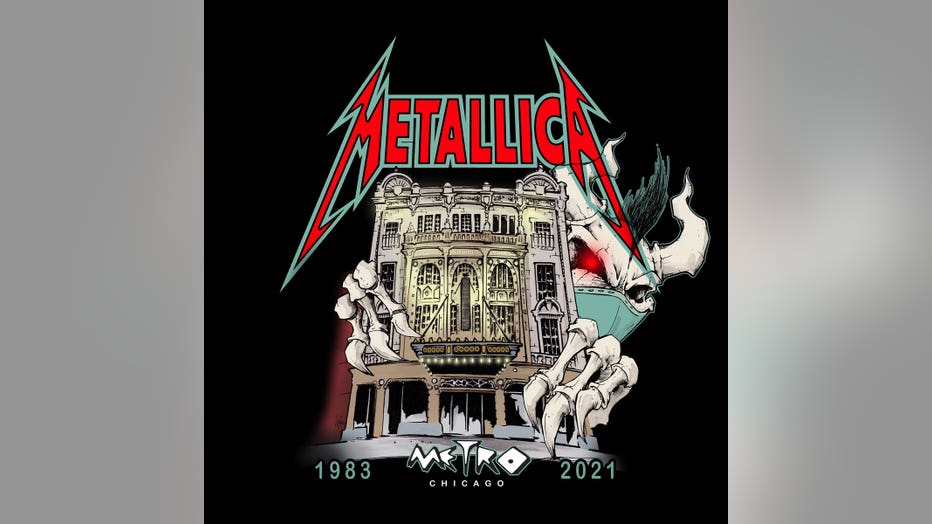 Metal legends Metallica have announced they will play a "pop-up concert" in Chicago on Monday night. It will be the band's first show at the venue since 1983. (Metallica.com)

Wristbands went on sale Monday for $20 at the Metro Box Office only, and are limited to one per person.

"A wristband will be put on you at time of purchase, so you must purchase for yourself. If the wristband shows any evidence of tampering, it will be void," according to the announcement.

Attendees must show proof of full vaccination before purchasing a wristband with a final dose administered no less than two weeks ago.