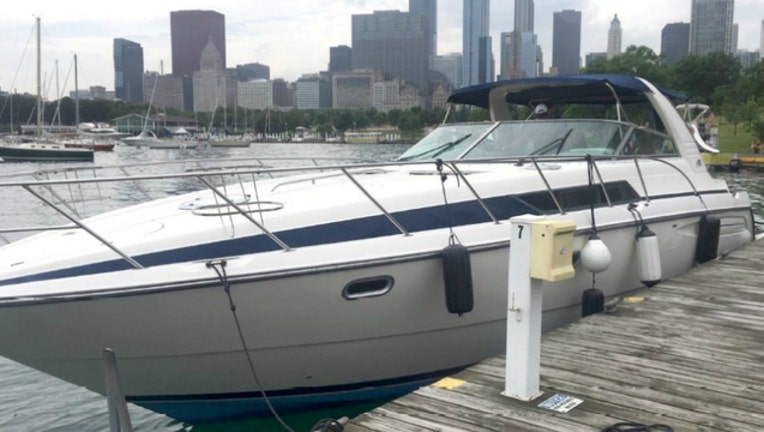 Garbowski allegedly told the Coast Guard he and his friends planned to go for a recreational boat ride that morning, the Chicago Sun-Times reports.

Then, he was spotted using his phone. Soon, several women boarded his ship, including one who had also been using her phone.

The Coast Guard wound up boarding the boat and ending that voyage. A month later, one of the women would tell the Coast Guard she chartered the “Sea Hawk” for $2,400 to celebrate a birthday and college graduations. Now, Garbowski, 33, has been slapped with federal charges for allegedly running an illegal charter boat operation on Lake Michigan and the Chicago River in 2017 and 2018.

Garbowski allegedly called the woman before she got on the boat on Aug. 19, 2017, telling her to pretend they were all friends. Later, Garbowski would accuse her of violating a confidentiality agreement by talking to the Coast Guard officers who boarded the boat.

That’s all according to a 51-page criminal complaint announced Monday by the U.S. Attorney’s Office. Garbowski, of Sterling Heights, Michigan, is charged with one count of violating an order of the captain of the port. He was arrested and hauled into court Saturday, where U.S. Magistrate Judge Young Kim ordered his release on a $10,000 unsecured bond.

Garbowski could not be reached for comment Monday afternoon.

One man told the feds he chartered Garbowski’s boat, known to him as the “Manaje III,” several times in 2017 and 2018. He said he took it to the “Playpen” near the Jardine Water Purification Plant, an area described in the complaint as the “party scene” of the Chicago boating community “notorious for excessive drinking and reckless behavior.”

Garbowski allegedly offered to let another man sign a contract for the boat in 2017 — and then offered to give him an altered contract so he could lie to his friends about how much it cost, the feds say.

“The most important thing is to let everyone know that I’m your friend and we are all friends,” Garbowski allegedly told the man in an email.

A woman from Texas also said she chartered the boat for a bachelorette party with about 10 of her friends — also on Aug. 19, 2017, but this time in the afternoon. She said the captain was named “Mike” or “Mike Manaje,” and they took it to the “Playpen.”

The feds say Garbowski advertised his charter business on apps like Get My Boat and Boatbound. They also said he lied to the Coast Guard and convinced it under false pretenses to rescind a Captain of the Port Order after the incident on the morning of Aug. 19, 2017.

“This is my first season of ownership,” Garbowski allegedly wrote in a September 2017 letter, “and did not know all the liabilities of asking guests to pitch in for gas.”