Milwaukee police released on Friday, April 8 a community briefing related to the in-custody death of Keishon Thomas in February. His family wants to see more.

MILWAUKEE - Milwaukee police on Friday, April 8 released a community briefing related to the in-custody death of Keishon Thomas in February.

Police said they pulled over Thomas just before 2 a.m. Wednesday, Feb. 23 near 20th and Capitol for a moving violation. He had a bench warrant for theft two years ago.

As seen on the arresting officer's body camera video, Thomas was taken into custody without incident. Later, police state, an officer reached into Thomas' pants pocket. At that time Thomas ingested a white substance in front of officers and said: "I ate the little, the little smoke I had." 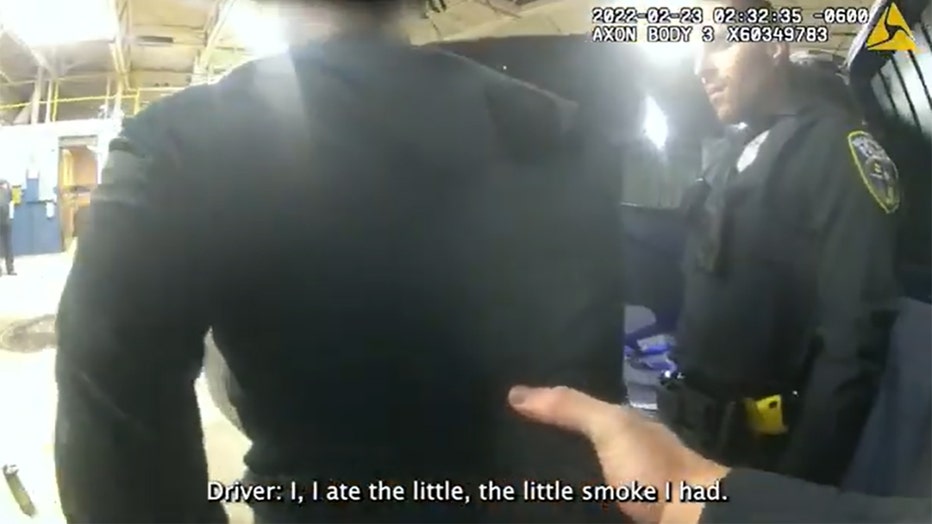 During the intake process, security cameras showed Thomas pull something else off his person. He appeared to ingest something again before something dropped on the floor near a garbage can.

A routine medical questionnaire was administered, during which Thomas appeared alert. The booking process was completed without incident, police said. Thomas said he ingested drugs before he was stopped and said: "I am feeling bad." Thomas said he thought he needed medication. An officer is heard in the video offering to take him to the hospital multiple times for medical care, but he said: "I don't want to go to the hospital. I should be OK."

He was placed in a holding cell without incident around 3 a.m. During a cell block check around 6 p.m., an officer noticed Thomas was not breathing, went in to check on him and ran to call for help. A group of officers, seen on video, then ran back to the cell and began rendering aid.

EMS personnel came and attempted live-saving measures, which were unsuccessful. The cause of Thomas' death remains unknown, but is under investigation. The medical examiner listed his death as an "accident." 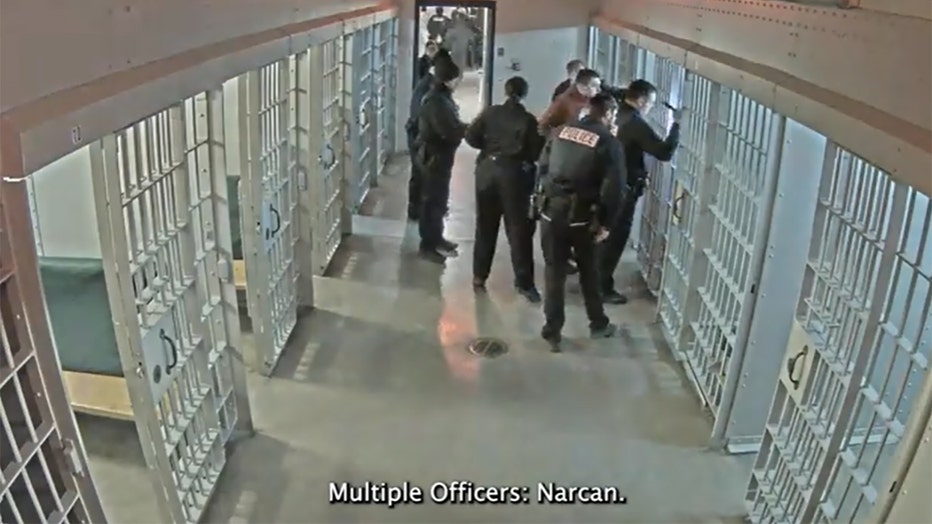 Officers respond to cell where Keishon Thomas was found not breathing

The law requires an outside to investigate these types of deaths. In this case, the Waukesha Police Department is the lead investigating agency.

Three Milwaukee police officers were suspended with pay – pending the outcome of the internal investigation.

WARNING: The video below contains images that some viewers may find disturbing.

It is what the video does not show that has Thomas' family concerned.

Thomas, 20, was in police custody for 16 hours, but the family said they have only seen 17 minutes of video – and need to see more.

The events that preceded Thomas' death began with the traffic stop around 2 a.m. Sixteen hours later, officers rushed into his cell once he was found not breathing. Family wants to know what happened during those hours spent inside District 5.

"Not being able to see how many times he was checked on – how many cell checks were there, how many different officers were on staff when Keishon was there?" said Jennifer Garcia, Thomas' cousin.

The briefing that police released to the public Friday includes clips of edited video along with officers' descriptions of events. The released video does not including anything that happened during the 15-hour stretch that Thomas was in the cell where he was ultimately found unresponsive.

"We don’t know how long he was there. We don’t know, was it morning, was it evening? Was it afternoon?" Garcia said.

MPD said the briefings are meant to release relevant video that does not jeopardize the investigation.