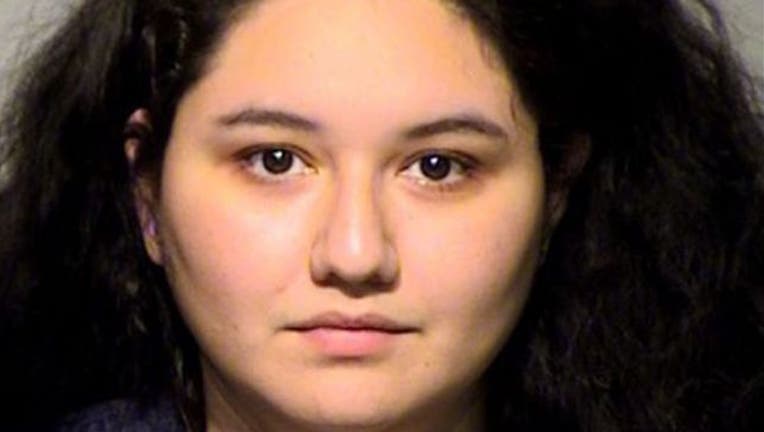 (FoxNews.com) - A Milwaukee judge is hoping a lengthy prison sentence for a former prep school teacher who had sexual contact with an 11-year-old student is enough to warn educators and others not to go down the same path.

Katherine R. Gonzalez, 25, of Milwaukee, was sentenced on Thursday to five years in prison for second-degree sexual assault of a child, plus seven more years on extended supervision, the Milwaukee Journal Sentinel reported.

Judge Mark Sanders said Gonzalez's "predacious" behavior warranted a serious sentence, and added it was meant to teach others to exercise better judgment.

A tearful Gonzalez, who said she has been getting treatment since being released on bail in March, apologized to the boy and his family Thursday for her “unthinkable actions,” even though the victim and his parents weren’t in the courtroom.

The former fifth-grade Atlas Preparatory Academy teacher had sexual contact with the “chronically depressed” boy and claimed she was in love with him to cheer him up, the Milwaukee Journal Sentinel reported.

A criminal complaint said the victim told cops he and Gonzalez kissed in her car and she made him put his hands over her clothed genital area. The pair also went to her apartment in Bay View where, after they watched the movie "Deadpool," she rubbed her hand over his groin and had him touch her breasts over her clothing, the boy said.

The boy’s mother found out what was going on after she had taken his cell phone away in February for disciplinary reasons and noticed it buzzing with messages from Gonzalez at 3:30 a.m. on a school night, the newspaper reported.

She went to police with the phone and its messages -- where in some Gonzalez referenced to being touched “down there” – and Gonzalez was arrested, the criminal complaint said.

The Milwaukee area has been hit with a wave of recent cases involving sexual relationships between teachers and students.

In June, April Novak, a 31-year-old former reading specialist at Menomonee Falls High School, was sentenced to two years in prison for an affair with a 16-year-old boy, the Milwaukee Journal Sentinel reported.

Sara M. Domres, 29, was sentenced in December 2016 to two years for having sex with one of her New Berlin West High School students, while Elizabeth Dillett, a 31-year-old St. Peter-Immanuel Lutheran School kindergarten teacher, earned the same sentence for a relationship with a 16-year-old student, it added.