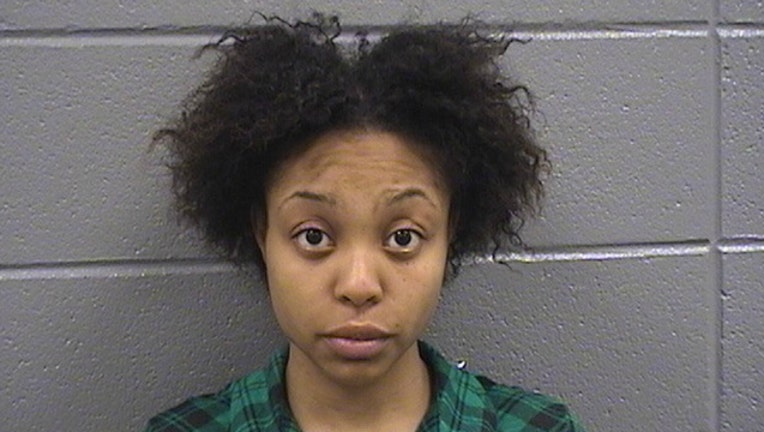 CHICAGO (STMW) - A Milwaukee woman was ordered held in lieu of $1 million bail Wednesday for allegedly stabbing a man to death during a robbery on the Southwest Side three years ago.

Alashonza Johnson, who was living in the Chicago area at the time of the 2013 incident, was arrested this week at the Milwaukee County Jail and transported back to Chicago, where she admitted to detectives that she stabbed Ismael Rangel, Cook County prosecutors said.

Johnson’s relationship to 38-year-old Rangel was unclear, but Assistant State’s Attorney Lesley Gool said Rangel and his friend were “set up” to meet Johnson and her married female pal for the first time on Sept. 6, 2013, the Chicago Sun-Times is reporting.

The men picked up the other woman and Johnson, then 20, at a Burger King near 65th and Kedzie that day, according to prosecutors.

The group went to Rangel’s friend apartment. But there, the friend told Rangel he wasn’t interested in the women because they were “too young.” So after the four made their way to a liquor store, Rangel dropped his friend off at a bar and took the women to a McDonald’s drive-thru, Gool said.

Rangel then took the women — who conspired to rob him — to his apartment in the 6000 block of South Kolmar, authorities said.

Johnson’s friend argued with Rangel in the kitchen and stabbed him with a knife, Gool said. Johnson saw the commotion and soon joined in, Gool said. Rangel was stabbed over 200 times in his upper back, neck, head, torso, legs and groin.

Johnson’s friend, who hasn’t been charged, took a cellphone from Rangel’s apartment, Gool said. Johnson looked around for something to steal but didn’t take anything, according to Gool. The pair eventually fled, taking the knives with them, Gool said.

Rangel was found in his apartment by the Chicago Fire Department four days later, after neighbors complained about the smell coming from his unit.

On the day of the stabbing, Johnson’s boyfriend saw her walking down the street with a bloody shirt and asked her what had happened, Gool said. Johnson responded by throwing her shirt in the alley, Gool said. When her boyfriend kept questioning her about her whereabouts, Johnson allegedly admitted what she and her friend had done.

Investigators were able to trace Rangel’s cellphone pinging near Johnson’s friend’s home. They also were able to find Rangel’s girlfriend’s information as well as the number of the friend who was with Rangel the day he was killed and the person who set them up with the women, Gool said.

She has previously worked at Burger King, FedEx and a temp agency.