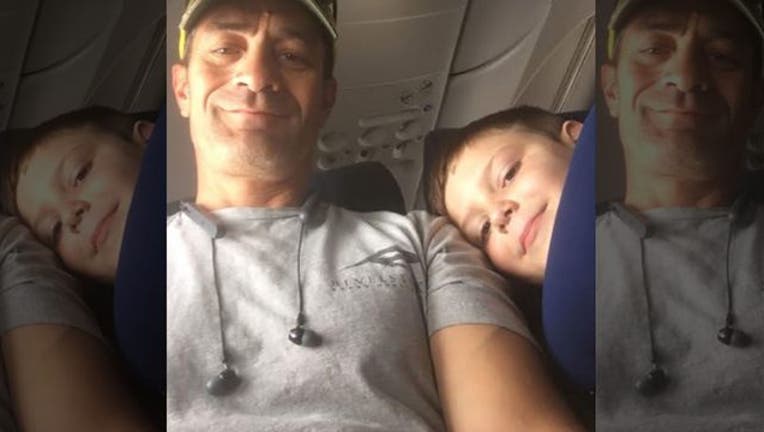 FOX NEWS - A woman in Las Vegas is heaping praise on a kind stranger who looked out for her autistic son during the boy’s first flight on his own.

Alexa Bjornson had recently sent her son Landon to visit his father in Oregon. But since Landon was flying alone, and also has high-functioning autism, she sent him along with a note to give to his seatmate, explaining that Landon “might be nervous” and ask “Are we there yet?” many times.

“Please just make him feel safe and comfortable,” Bjornson requested, as she explained in a Thursday Facebook post.

She added that she included $10 inside the note, for Landon to give to whomever he sat next to, as a thank-you for helping out.

Fortunately, Bjornson later received a sweet message from the man who ended up being Landon’s seatmate, explaining how he and his new “travel buddy” had a great time on the flight.