LAUREL, Ms. - A youth softball umpire in Mississippi says she was slugged in the face by an angry mom after a softball game for 12-and-under girls this month.

The incident occurred on the evening of April 9 in Laurel, Mississippi, when the mom, Kiara Nichelle Thomas, 32, allegedly started hurling foul language across the field, before challenging the call of umpire Kristie Moore at second base.

Moore told police that Thomas threatened her multiple times during the game, according to a Laurel Police Department incident report. Moore later tossed Thomas, but the mom stuck around and punched the umpire after the game concluded. Thomas later fled the scene.

After the game, Moore took to Facebook, where she posted a photo of herself with a black eye.

"Ssoooo, this is embarrassing if I’m going to be open and honest about it. But, it’s real life and it’s unfortunate that it has gotten to this place," she wrote.

"Before you post the next ‘funny’ meme about umpires that suck, or are blind, or have missed calls on their phone or whatever it is, before you post about how an umpire was so awful and terrible and lost the game for you…….why don’t you sign up? Get on out there and give it a go," she continued. "I got punched coming off a field last night. There is no excuse for this. If you think this is ok, please remove yourself from my friend list. Umpires are not perfect. We never will be. But guess what? No one is."

Thomas fled the scene after the incident, but a parks and recreation employee took a picture of her license plate number and vehicle, a black Chevrolet Crossover, according to the incident report.

The mom was pulled over around 7:18 p.m. and arrested on a charge of simple assault. Her mugshot showed she was wearing a "Mother of the Year" shirt. 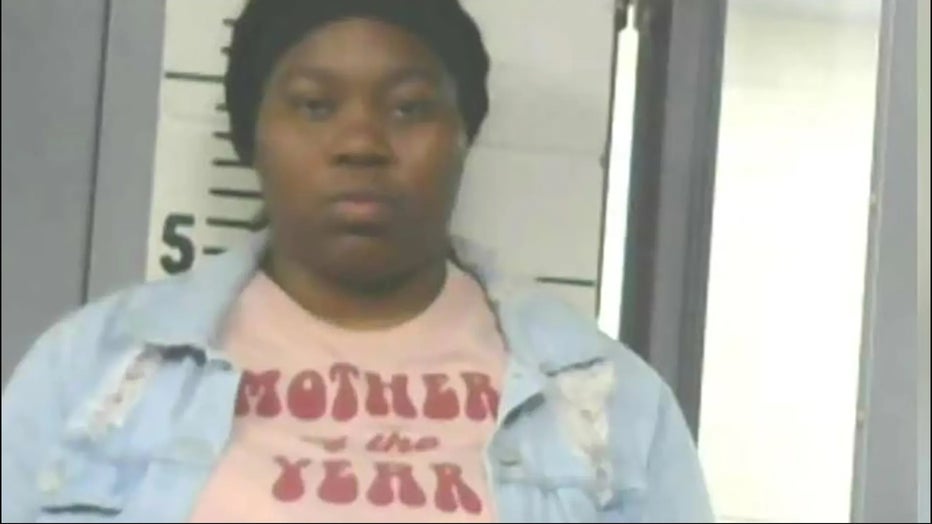 Moore, who has been calling youth games for roughly a decade, says there has been an increase in violence against officials. Earlier this month, basketball players in Georgia were seen chasing down and violently attacking a referee at a youth game.

"It’s just getting worse and worse," she said. "Something has to be done about this. It’s not just softball, baseball. It’s every official."

Moore told the outlet over the weekend that the injury wasn't the worst part of the ordeal, it was seeing her children when she came home.

"They took one look at me and started crying," Moore said.