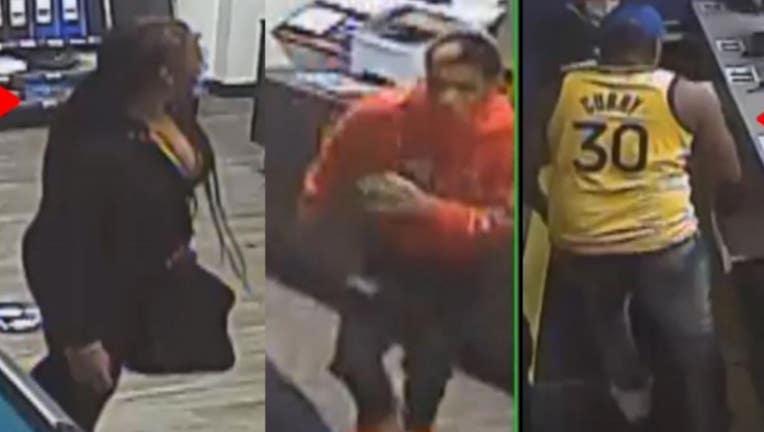 CHICAGO - Police on Wednesday released another batch of photos that allegedly show looting suspects from Aug. 10.

The three suspects are wanted for looting a FedEx store in the first block of West Lake Street, according to Chicago police.

Authorities have said that misinformation regarding a police shooting in Englewood led to looting later that night in downtown and other neighborhoods.

Into the morning, two people were shot, more than 100 people were arrested and 13 police officers were injured as crowds broke windows and looted stores along Michigan Avenue and on the Near North Side.

A week after a second round of widespread looting, the Chicago Police Department has continued its blitz of releasing surveillance video to the public in hopes of identifying more criminals.