Federal health officials have updated a food safety alert regarding an E. coli outbreak linked to a romaine lettuce harvest in California that has now reportedly infected 102 people in 23 states.

LOS ANGELES - Federal health officials have updated a food safety alert regarding an E. coli outbreak linked to a romaine lettuce harvest in California that has now reportedly infected 102 people in 23 states.

The Centers for Disease Control and Prevention is warning consumers and retailers to avoid all romaine lettuce grown in the Salinas, Calif., growing region which they say includes all use-by dates and brands of romaine lettuce from that area.

According to the FDA, “epidemiologic, laboratory, and traceback evidence,” indicates that the produce originates from California. The agency said the most recent date of one of the infected patient reports of contracting an illness was on Nov. 18, 2019.

While no deaths have been reported directly relating to the outbreak, the CDC is warning consumers that 10 people have already developed hemolytic uremic syndrome — a type of kidney failure.

Federal officials said the investigation is ongoing and that they are hoping to pinpoint a specific source of the outbreak. No grower, supplier, distributor, or brand has been specifically identified relating to the outbreak.

Since the last update on the investigation was posted on Nov. 26, the CDC said an additional 35 people have been reported to have contracted the illness related to the outbreak. Reports of the illness began to come in between Sept. 24, 2019, and Nov. 18, 2019.

A map of reported illnesses as well as a timeline of infection is available to the public for more information on the matter. 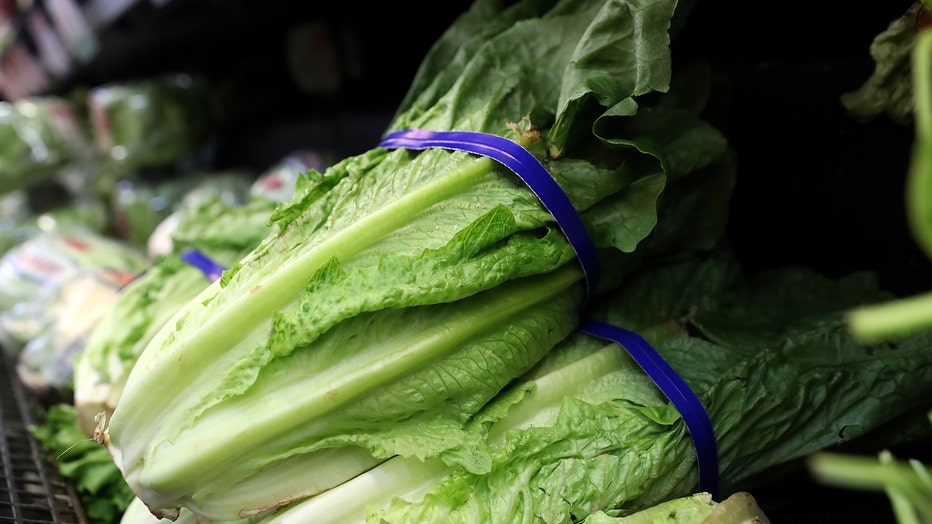 FILE - Romaine lettuce is displayed on a shelf at a supermarket.

Anyone with romaine lettuce in their home or who has recently purchased packaged goods containing the vegetable should look for a label that indicates where it was grown. If the label says “grown in Salinas,” or isn’t labeled with a growing region, dispose of it immediately.

Even if you aren’t sure the lettuce you have is romaine, the CDC is urging consumers to err on the side of caution and avoid any salad mix or wrap that may contain it.

Those who have been infected are at risk of serious illness including kidney failure, and should contact their health professional immediately.