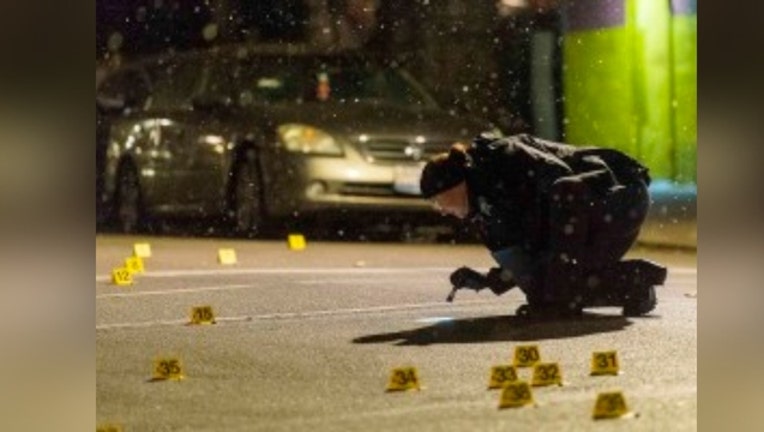 The men were sitting in two separate vehicles about 9:22 p.m. in the 3400 block of West Ohio Street when a vehicle approached and at least one person inside fired shots, Chicago police said.

A 22-year-old in another vehicle was struck in his wrist and was in good condition at the same hospital, according to police.

Shortly after the shooting, officers placed evidence markers next to at least 70 bullet casings at the scene.

Area North detectives were investigating. No one was in custody.