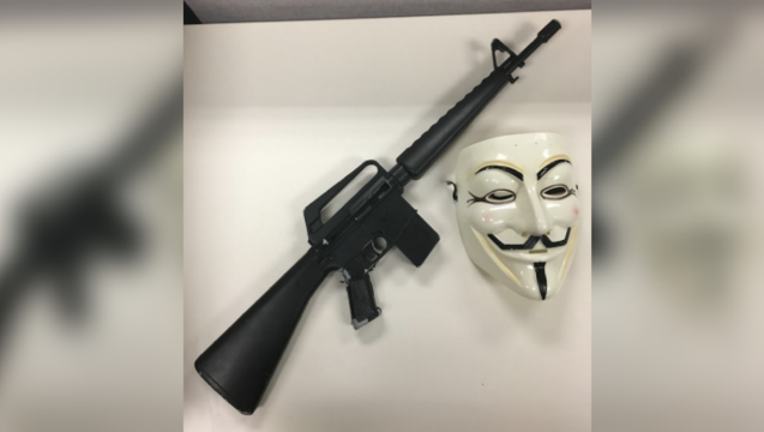 Reports of a person with a gun Saturday in Lake County resulted in charges against a 17-year-old Mundelein boy found with a replica M-16 rifle. | Lake County Sheriff's Office

MUNDELEIN (Sun-Times Media Wire) - A 17-year-old boy is facing charges after he allegedly pointed a replica assault-style rifle at drivers Saturday afternoon in the north suburbs.

About 3:20 p.m., a caller reported seeing a person inside a Honda Accord headed north on Route 83 who was wearing a mask and pointing a rifle at other drivers near Route 53 in Long Grove, according to the Lake County Sheriff’s Office.

The sheriff’s office alerted authorities in Mundelein and the Honda was pulled over near East Orchard Road and Route 45.

The boy, of Mundelein, was found with a toy replica M-16 rifle, the sheriff’s office said. He was charged with three counts of aggravated assault and was taken to the Hulse Juvenile Detention Facility.