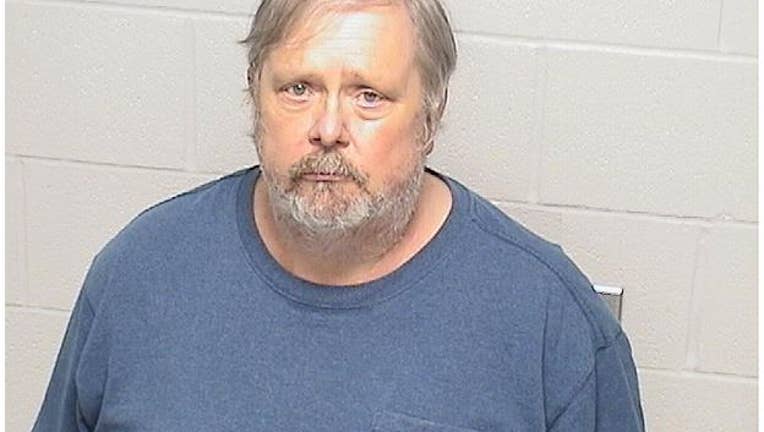 LAKE COUNTY, Ill. - A registered sex offender from Lake County has been arrested after requesting a nude photo from a person he thought was an underage boy.

Bruce L. Chamberlin, 61, of unincorporated Mundelein, has been charged with grooming and two counts of violating the sexual offender registry.

Lake County Sheriff's detectives received a tip that Chamberlin was utilizing social media applications to communicate with others, including children, authorities said.

Chamberlin started to communicate with who he thought was an underage child. However, the "child" was actually an undercover detective posing as a 14-year-old boy.

Chamberlin asked for a nude photo from the "child," and also discussed sexual matters and meeting up with the "child," authorities said.

Detectives met with Chamberlin and determined that he was responsible for sending the messages.

"While the internet has become essential for day-to-day life, it has also given sexual offenders the ability to disguise their true identity, and prey on our most vulnerable.  Parents, I cannot stress this enough: please always monitor who your children are communicating with on their apps," said Sheriff John D. Idleburg. "There are countless social media apps in existence, and it is so important to know which ones are on your child’s device."

Chamberlin also had social media accounts that he failed to disclose, which is required per his sexual offender reporting requirements.