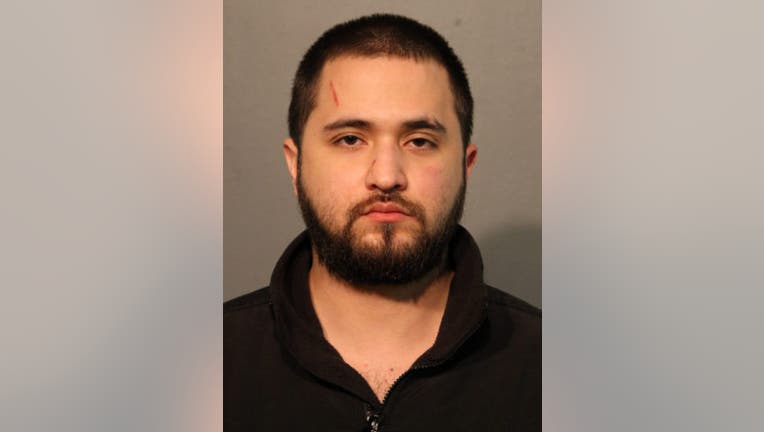 CHICAGO - A man is charged with murder after allegedly bringing someone home and fatally stabbing them during a fight in Irving Park, police say.

Raul Silveyra, Jr., 26, was arrested at the scene of the stabbing Tuesday evening and later charged with first-degree murder in the death of Jasinto Ortiz, Chicago police said.

The pair allegedly met at a bar and went to Silveyra’s home, where they allegedly argued before Ortiz was fatally stabbed, a law enforcement source said.

Officers responded to the 3700 block of North Sacramento Avenue about 3:45 a.m. and found a man lying on the sidewalk with stab wounds to his abdomen, Chicago police said.

Ortiz, 38, was pronounced dead at the scene, according to the Cook County medical examiner’s office. He lived in Belmont Central.

An autopsy ruled his death a homicide due to multiple sharp force injuries, the medical examiner’s office said.

Silveyra is expected to appear for a bond hearing Thursday.