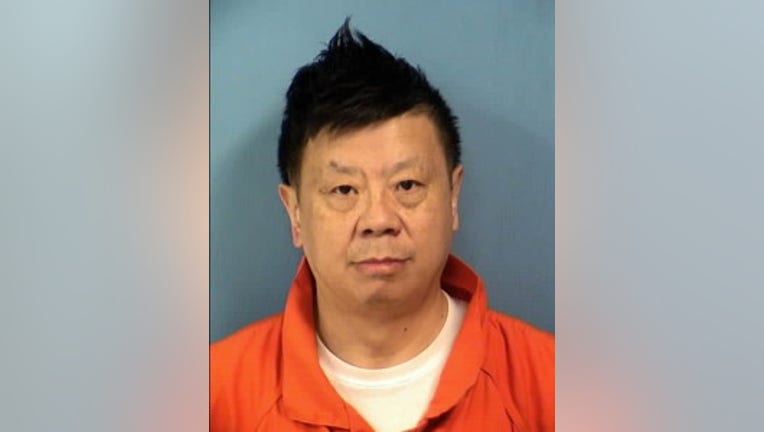 NAPERVILLE, Ill. - A 55-year-old Naperville man allegedly killed his wife after kicking her multiple times in her legs in their bedroom, prosecutors say.

Alan Wang is charged with aggravated domestic battery in connection to the March 7 beating of 35-year-old Hongyan Yang, the DuPage County state’s attorney’s office said in a statement.

Prosecutors allege that Wang attacked his wife in the evening hours in their house in the 1100 block of North Mill Street.

He allegedly kicked her legs and caused “deep soft tissue hemorrhaging,” prosecutors said. The next day, a relative called 911 when Yang stopped breathing.

“This case is a terrible reminder that domestic violence continues to be a serious problem that demands our attention,” State’s Attorney Robert Berlin said in the statement.

He is due back in court April 6.