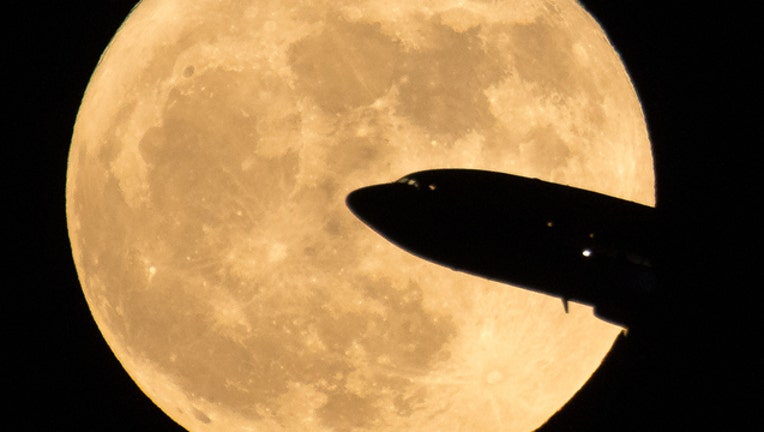 In this handout provided by NASA, an aircraft taking off from Ronald Reagan National Airport is seen passing in front of the moon as it rises on December 3, 2017 in Washington, DC. (Photo by NASA/Bill Ingalls via Getty Images)

WASHINGTON - NASA captured an amazing picture of an airplane taking off from Ronald Reagan National Airport and crossing in front of the supermoon Sunday evening.

Sunday’s supermoon was the first and last of 2017 and thousands took to social media to post photos of the spectacular sight.

According to NASA, supermoons happen when the moon is full at the point in its orbit at which it is closest to Earth, also known as the moon's perigee.

Since the moon is closer to the earth, supermoons look about 7 percent bigger and about 16 percent brighter than an average full moon.