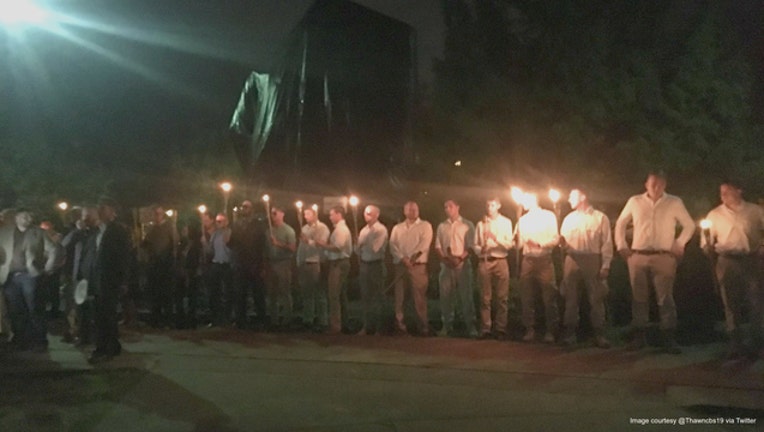 The men chanted, "You will not replace us." A common theme of white nationalism in the United States is the idea that white people are being killed off in a genocide.

The march comes about two months after an alleged neo-Nazi crashed his car into a crowd of counter protesters in Charlottesville, killing one person.