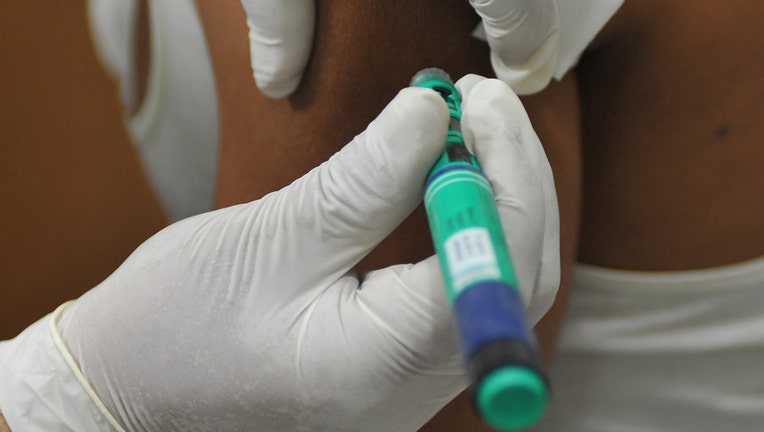 FILE: A medical assistant administers an insulin shot to a diabetes patient at a private clinic in New Delhi on November 8, 2011. (Photo by SAJJAD HUSSAIN/AFP/Getty Images)

The Democrat OK'd the legislation which the General Assembly overwhelmingly approved in November after people with diabetes complained about a spike in out-of-pocket insulin costs.

Insulin is necessary for people with diabetes to regulate blood-sugar levels. About 1.3 million people in Illinois have the unpreventable disease.

Lawmakers heard many stories from patients and their advocates about insulin costing as much as $1,000 a month. They said some have to ration insulin while others choose between buying insulin and paying the rent or for their children's needs.

“Diabetes affects people from all walks of life. It doesn't discriminate between those who can afford medication at unconscionable cost, and those who cannot,” Pritzker said at a Springfield bill-signing. “But that hasn't stopped middlemen from sending prices skyward, forcing many insulin users to find their medication by substituting lower quality products or seeking options outside this country, or even rationing their supply and some have died doing so.”