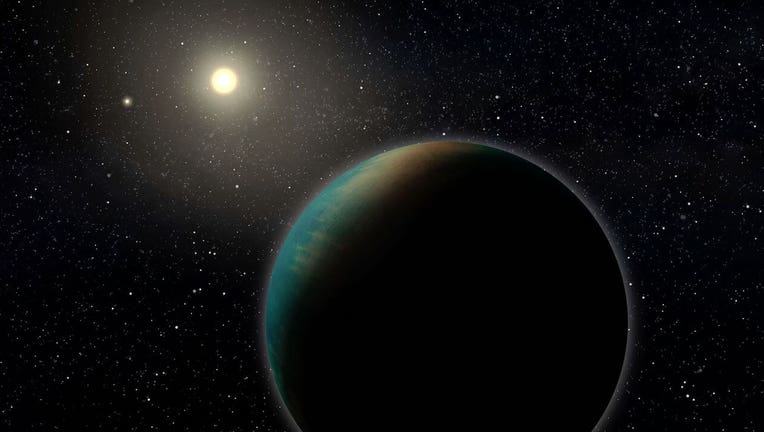 Artistic rendition of the exoplanet TOI-1452 b, a small planet that may be entirely covered in a deep ocean.  (Benoit Gougeon, Université de Montréal via NASA)

Astronomers have discovered a new exoplanet orbiting a distant star that might constitute a "super-Earth" completely covered in water.

The planet, dubbed TOI-1452 b, is about 70% larger than Earth and is orbiting a red dwarf star some 100 light-years away in the constellation Draco, according to NASA. While the planet may be nearly double the size of Earth, initial observations and calculations indicate the planet is five times denser -- which could be consistent with a surface covered in a very deep ocean.

Further observations are needed as astronomers said the planet could also simply be a big rock with little or no atmosphere or perhaps a rocky planet with an atmosphere of hydrogen and helium.

HOW TO WATCH FOX WEATHER ON TV

If the planet is indeed a real-life "water world," water could make up 30% of its mass, according to researchers. That would be on par with watery moons in our solar system – Jupiter’s Ganymede and Callisto, or Saturn’s Titan and Enceladus – believed to hide deep oceans under shells of ice. 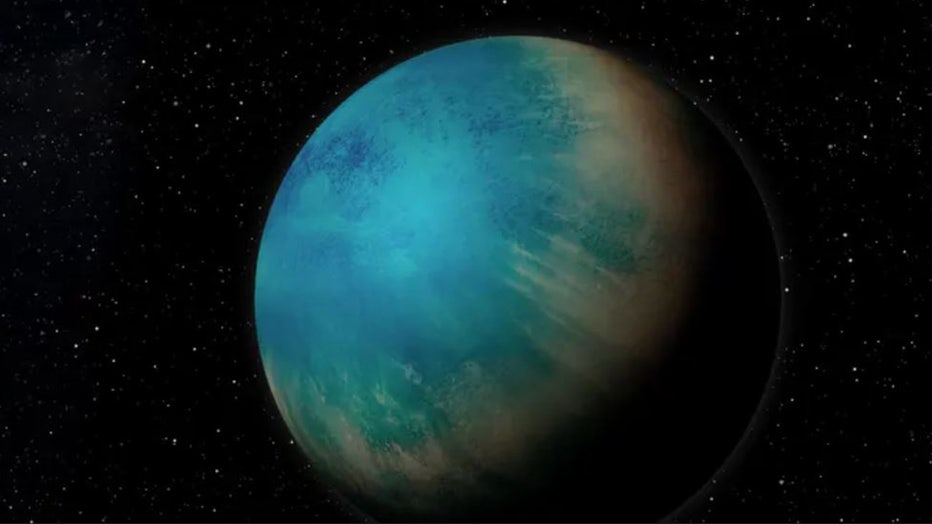 Researchers have found exoplanets before they suspected could be "water worlds," but Charles Cadieux, Ph.D., who led the discovery team at the University of Montreal, said this new planet "is one of the best candidates for an ocean planet that we have found to date. Its radius and mass suggest a much lower density than what one would expect for a planet that is basically made up of metal and rock, like Earth."

Living on this planet, covered in water or not, would feature relatively lightning-fast years as the planet orbits its sun every 11 days. NASA said that because the star it orbits is smaller and cooler, the planet receives about the same amount of sunlight as Venus does in our solar system.

The exoplanet was discovered by a team from the University of Montreal, but the planet is in an excellent position for further examination by the new James Webb Space Telescope. The planet is in a part of the sky that Webb can examine at any time of year, and at 100 light-years, the planet is relatively close.

The researchers who discovered the planet said they will schedule time on Webb to capture starlight shining through the planet's atmosphere that indicates its composition and provides additional clues. 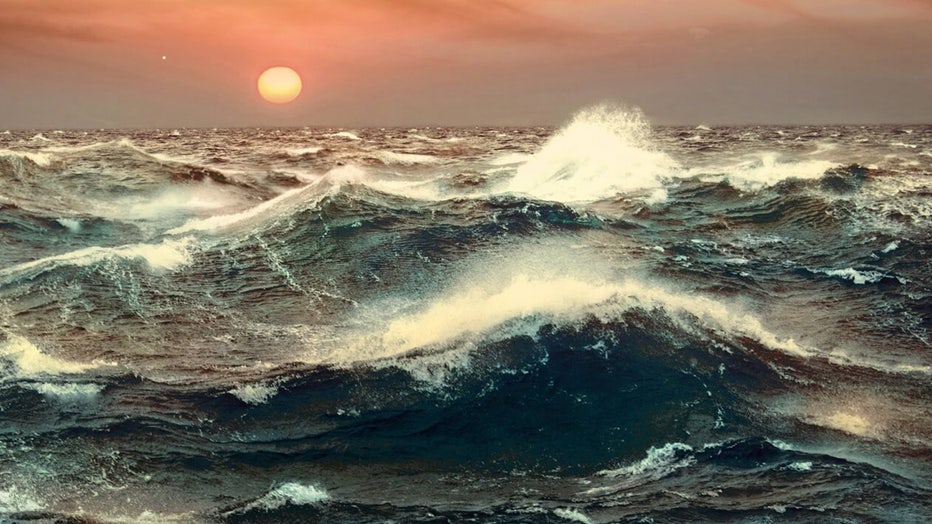 Artistic representation of the surface of TOI-1452 b. (Benoit Gougeon, Université de Montréal)

WHO WAS JAMES WEBB? THE NAMESAKE BEHIND THE SPACE TELESCOPE

"Our observations with the Webb Telescope will be essential to better understanding TOI-1452 b," said University of Montreal professor Rene Doyon, who is also the principal investigator of NIRISS, one of the four science instruments of the James Webb Space Telescope. "As soon as we can, we will book time on the Webb to observe this strange and wonderful world."