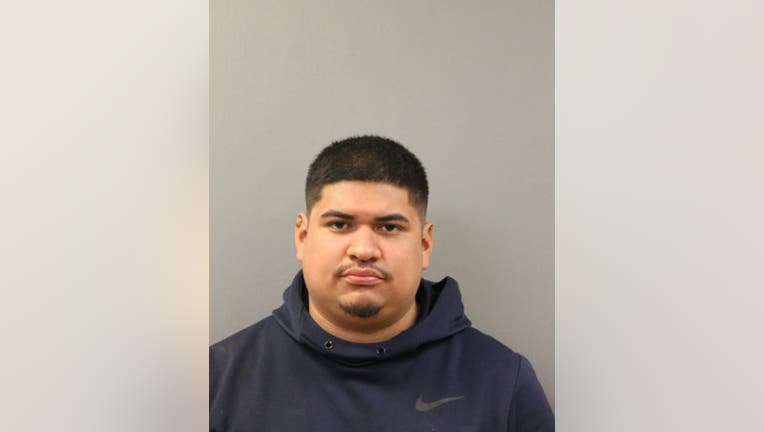 CHICAGO - Bail was denied Friday for a man facing murder charges for an attempted carjacking that turned fatal in the Belmont Central neighborhood earlier this year.

Montes De Oca allegedly ran back to his vehicle and chased after the Chevy while his co-defendant followed on foot.

The Chevy attempted to make a U-turn at the end of an alleyway but Montes blocked the vehicle in.

Montes De Oca exited his vehicle along with his co-defendant, who was armed with a handgun, prosecutors said.

The co-defendant then fired inside the front driver and front passenger seats.

The front passenger, Miguel Marchan, was hit in the right shoulder and was pronounced dead at Community First Hospital, police said.

Montes De Oca and his co-defendant fled the scene of the shooting.

Surveillance video of the attack shows the co-defendant was the only shooter. He has not yet been charged, according to prosecutors.

Montes De Oca was ordered held without bond. His next court date is scheduled for June 15.