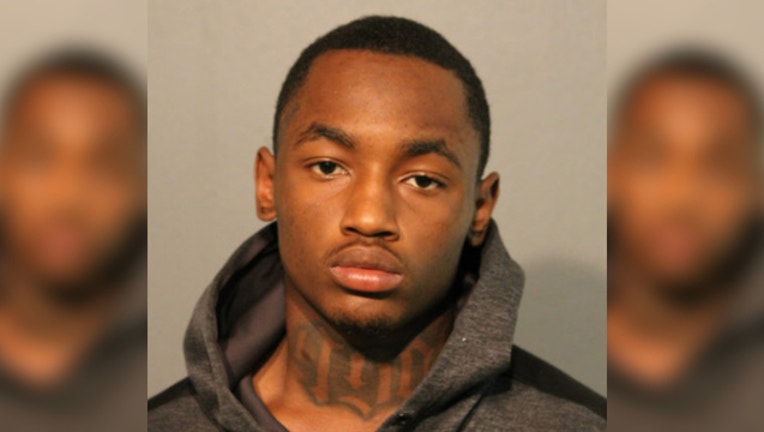 CHICAGO (SUN TIMES MEDIA WIRE) - Bail was denied for a teenager accused of setting ablaze a car that was allegedly used in a July 4 shooting in Humboldt Park that left a man dead and three others wounded.

Keshawn Keaton, 18, of Maywood, is charged with a felony count of arson, according to Cook County prosecutors and court records.

Just before noon on Independence Day, Keaton and another male who hasn't been charged were seen on surveillance video getting out of the Hyundai Equus in the 5000 block of West Ohio Street, prosecutors said. After wiping down the car, Keaton allegedly doused it with lighter fluid and the other male set it on fire.

About 10 minutes later, Keaton's alleged accomplice was seen on surveillance video buying a can of gasoline, prosectors said. When he returned to the Equus, the male allegedly poured the gas onto the car and lit it on fire again.

The owner of the Equus told authorities that he didn't give Keaton or his alleged accomplice permission to use or damage his car, prosecutors said.

The only victim listed in court documents is 32-year-old Pierre Teamer, who was slain about a half hour earlier while standing with a group of people near the intersection of Iowa Street and Homan Avenue. The shooting also left three other males wounded, one of them critically, Chicago police reported at the time.

An arrest report notes that Keaton has been identified as a "participant" in both the arson and the shooting.

Keaton, was arrested Friday at his home, court records show. Once in custody, he admitted to wiping down the car and pouring lighter fluid onto it, prosecutors said.

Keaton was twice convicted of gun charges as a juvenile and was free on bail at the time of his arrest on a pair of misdemeanor reckless conduct charges, prosecutors said. Keaton's public defender told Judge David Navarro that his client is a lifelong Cook County resident with a newborn child.

Navarro denied bail for Keaton and ordered him to stay away from the owner of the Equus. Keaton's next court date was set for Friday.