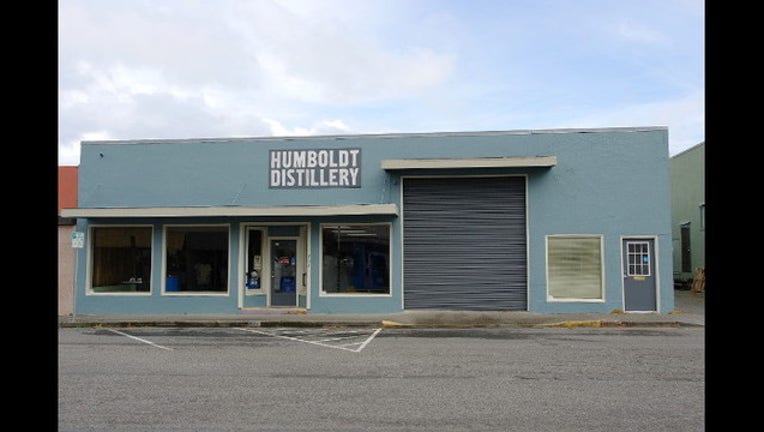 FORTUNA, Calif. (KTVU) - Vodka with a cannabis twist? A Northern California distillery has done it, infusing pot into its vodka.

It is being distributed by Humboldt Distillery, which calls itself the first micro-distillery on the North Coast.

The company describes the specialty spirit as having a unique botanical character, a smooth finish, and an aroma reminiscent of fresh cannabis.

But don't expect it to deliver a marijuana high.

In order to be legal, the weed infused vodka contains less than 0.3 percent THC, the active chemical in marjuana that leads to a high.

“Humboldt's Finest doesn't have the THC that you'd find in marijuana, so it's not going to get anyone in trouble with the law,” explains owner and head distiller, Abe Stevens.

“It does, however, retain an herbal and aromatic quality reminiscent of fresh cannabis, and we've found it works very well in place of gin, giving classic cocktails a fresh new spin,” Stevens said.

And with 40 percent alcohol by volume, you can expect a pretty strong drink.

Stevens says he launched his company about 2 1/2 years ago. Born and raised in Humboldt County, he is a fifth generation native of the North Coast. He is also a scientist with degrees in chemistry and biochemistry from the  University of Chicago.

“As the vodka has grown in popularity I've found more and more consumers asking us to add some of the 'local flavor' to our alcohol. That obviously wouldn't be legal for us to do, but I couldn't ignore the consumer demand," Stevens explains.

He said his solution was to come up with a product that captures a bit of the character of the Humboldt area "without breaking any laws.”