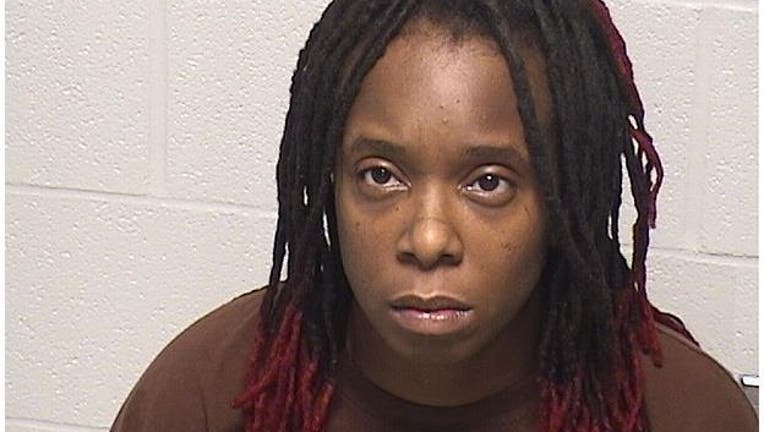 BEACH PARK - A 36-year-old North Chicago woman was arrested for driving under the influence after she crashed into a parked police car Sunday morning in suburban Beach Park.

Alaya Solomon was charged with aggravated DUI, driving while her license was revoked, Scott’s law violation and other traffic violations, according to Lake County police.

About 2 a.m., a Lake County sheriff’s deputy was parked on Sheridan Road just south of Yorkshire Road, waiting for a tow truck to tow a vehicle whose driver was arrested for DUI, police said. The deputy noticed a Dodge Durango speeding towards him, stepped partially onto the road and flashed a light towards the Dodge to get the driver’s attention.

The Dodge continued toward the deputy and his car, forcing him to jump off the road, as the Dodge crashed into his car, police said. The force of the crash caused the police car to rear-end the vehicle waiting to be towed.

The officer called for an ambulance, and checked on a person who was sitting in the back seat of his police car, police said. Neither the person nor the driver of the Dodge were injured.