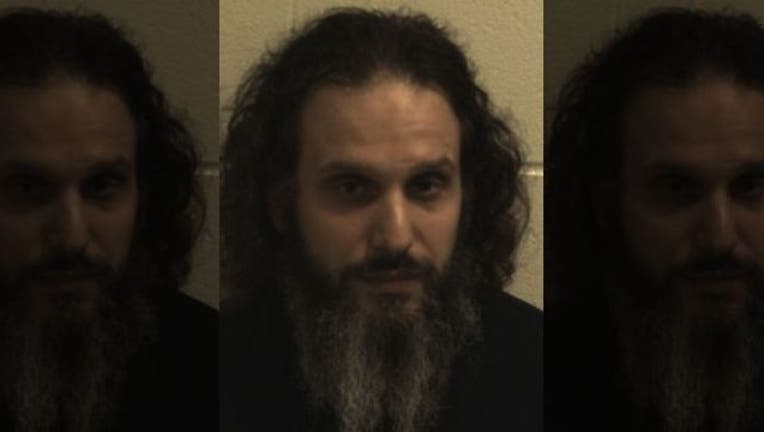 Eric Stagno, 34, was allegedly caught working out naked in a Planet Fitness on Sunday. He told police he thought it was a "judgement-free zone," according to reports. (Plaistow Police Department)

(FoxNews.com) - A man who was caught naked in a Planet Fitness thought he'd get away with it because the gym considers itself a "judgement-free zone," officials said.

Eric Stagno, 34, of Massachusetts, was arrested on Sunday at a gym in Plaistow, New Hampshire, after gymgoers allegedly caught him exercising in the nude, the New Hampshire Union Leader reported.

Plaistow Capt. Brett Morgan said police were dispatched to the Planet Fitness location after receiving a call from witnesses that summarily said, "the guy walked in, stripped down right there in front, left the clothes and belongings at the front desk, walked back and forth across the gym a couple of times and then settled in over at the yoga mats."

The police captain added that Stagno was in a "yoga-type pose" when authorities arrived.

Stagno said "he thought it was a judgement-free zone, apparently referencing [the gym's] slogan."

Stagno was taken into custody without incident and charged with indecent exposure, lewdness and disorderly conduct, according to the news outlet.

He was reportedly released on $1,000 bail and is scheduled to appear in court on Sept. 21.