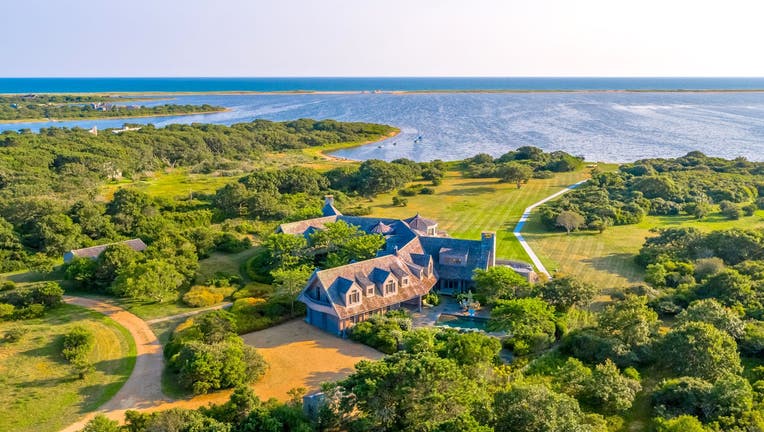 The purchase price was recorded Wednesday with the local Registry of Deeds, the Vineyard Gazette reported.

The Obamas paid about half the original asking price for the property when it first became available in 2015, the report said.

The sellers were listed as Wycliffe Grousebeck, owner of the Boston Celtics basketball team, and his wife Corinne Basler Grousbeck.

The house is located in the Edgartown section on the eastern end of the island and sits on a property of more than 29 acres, the Gazette reported.

It includes seven bedrooms, eight and a half bathrooms and several stone fireplaces, as well as a two-car garage, a barn and a swimming pool.

The Obamas had rented the property during the summer, the report said. The couple reportedly had made an offer on the property in August.

Attorneys for the Grousebecks would not comment on the transaction.

The Obamas previously purchased a nine-bedroom house in Washington, paying a reported $8.1 million.

The Obamas have entered some lucrative business deals since leaving the White House.

Michelle Obama received a $65 million advance for her memoir, "Becoming," while the pair also negotiated a $50 million deal with Netflix to develop programming.

In addition, the former first lady reportedly commands a speaking fee of $225,000. She and her husband are said to have a net worth of $135 million.