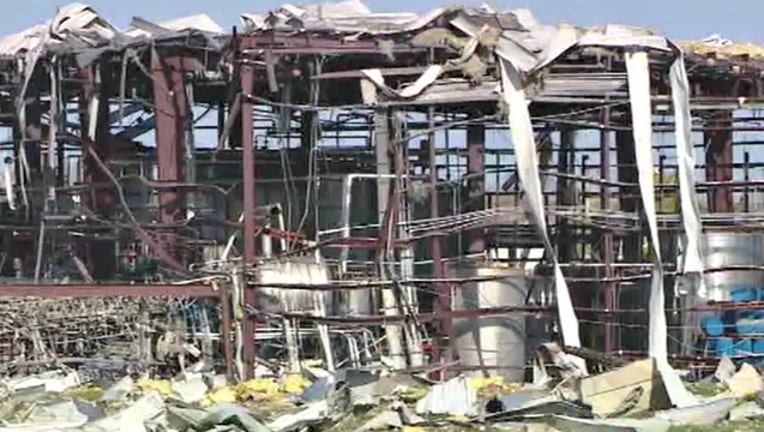 Waukegan Fire Marshal Steve Lenzi told the (Arlington Heights) Daily Herald on Monday that managers at the AB Specialty Silicones plant sensed something was wrong and were working to evacuate employees before the blast Friday evening.

Three employees were killed and a fourth worker whose body hasn't been recovered is also believed to be dead. Crews on Monday were working to find that person's body in the debris.

Lenzi says crews are working "slowly, methodically and safely" because of the risks and the need to preserve evidence. The cause of the blast hasn't been determined.

One of the dead workers has been publicly identified as 29-year-old Allen Stevens of Salem, Wisconsin.

Waukegan is about 50 miles (80 kilometers) north of Chicago.