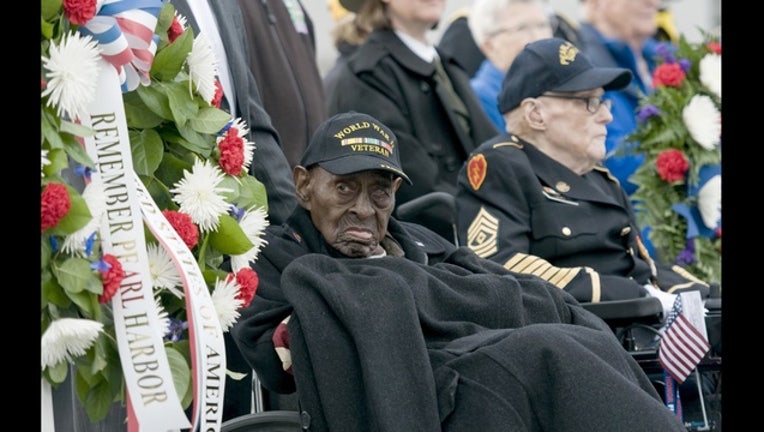 Frank Levingston Jr., of Lake Charles, La., who at 110, was believed to be America's oldest military veteran, has passed away.

Levingston, Jr. was born on Nov. 13, 1905 in North Carolina.  He enlisted in the Army in 1942.  He was part of the Allied invasion if Italy.
He never married and lived alone for much of his life.  Levingston, Jr. became the oldest living American man on April 19, 2016.

In an interview on his birthday last year friend Pamela Gobert said, "One time we were at memorial and a young lady asked him, 'Mr. Frank how old are you going to live?' and he said, '110.' That's what he said."

A funeral service is planned for next week for Levingston, Jr.  He will be buried in Cotton Valley Community Cemetery in Louisiana.