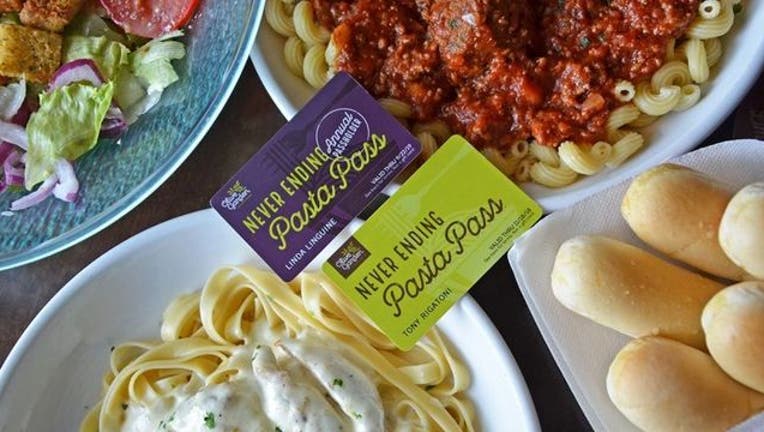 If eight-weeks seems too short to try every pasta on Olive Garden's menu, fans will now have the option for a 52-week pass. (Olive Garden)

Olive Garden announced on Tuesday that its coveted Never Ending Pasta Passes will once again be available for purchase this August 23, along with a new, even more gluttonous version that would be valid for an entire year.

“We have the most passionate fans who look forward to Pasta Pass and Never Ending Pasta Bowl throughout the year, and they’ve made it clear that eight weeks just isn’t long enough,” said Jennifer Arguello, Executive Vice President of Marketing for Olive Garden. “So we listened, and we’re excited to give our guests more of what they’ve been asking for – an Annual Pasta Pass that extends our Never Ending Pasta Bowl promotion year-round.”

As expected, the Annual Pasta Passes will cost a little more than the normal Never Ending Pasta Passes — $300 as compared to the original’s $100.

But no matter, as both varieties are poised to move really, really quickly: In 2017, all 22,000 available passes reportedly sold out within a single second, or “2,280 times faster than the iPhone X and 60 times faster than Beyoncé and Jay-Z tickets,” according to press materials provided by Olive Garden.