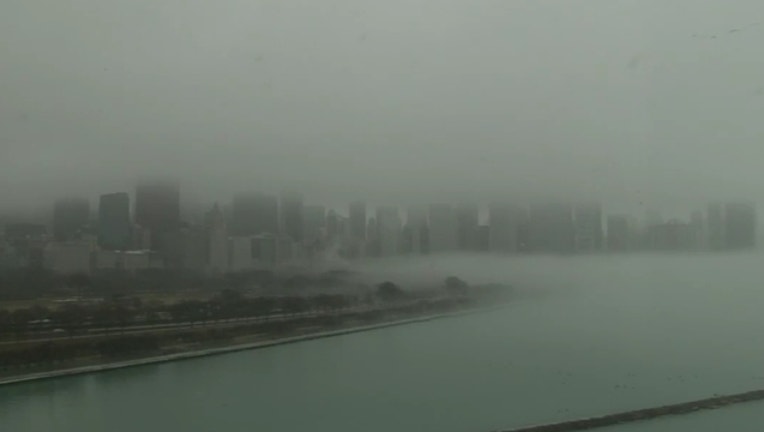 SUN-TIMES MEDIA WIRE - Over a hundred of flights have been cancelled at airports in Chicago as light rain and dense fog continue to push through northern Illinois and northwest Indiana.

The National Weather Service issued a dense fog advisory Sunday morning for much of the Chicago area. Widespread fog, which could cause visibilities to drop to a quarter-mile or less, began affecting the area after 7 p.m.

The advisory will remain in effect until 3 a.m. Monday in Cook, Lake, Will, De Kalb, Kane, DuPage, Kendall and Grundy counties, the weather service said. Winnebago, Boone, McHenry and Lake counties will remain under the advisory until 6 a.m. Monday.

Drivers should use caution while traveling on foggy roadways and “be prepared to encounter rapidly changing visibility,” the weather service said.

Light rain is expected to continue Sunday evening before heavier rain showers and thunderstorms move into the area after 10 p.m. alongside cooler temperatures that are expected to dip below 40 degrees, the weather service said.

On Monday, showers and thunderstorms are expected to continue hitting the area after 9 a.m., the weather service said. Temperatures are expected to reach into the 50s before dropping nearly 20 degrees in the nighttime hours, making way for snowy conditions on Tuesday.