The Lake County Sheriff's Office does not believe the shooting was gang-related.

BEACH PARK, Ill. - A suburban man and woman were arrested Thursday after gunfire erupted in the parking lot of a Beach Park business last month.

Jaziya K. Bankston, 22, of Waukegan, and Dishelle Y. Flores, 21, of North Chicago have both been charged with aggravated unlawful use of a weapon and delivery of cannabis.

When officers arrived at the scene, they found no victims.

Another responding deputy, however, located a vehicle pulled to the side of the road near Wadsworth Road and Gabriel Avenue. Inside the vehicle were three individuals suffering from gunshot wounds, officials said. They were all taken by ambulance to area hospitals, where 22-year-old Christopher Williams was later pronounced dead.

An investigation revealed two parties met in the business parking lot where they spoke for a period of time. Eventually, an argument ensued and shots were exchanged between the two vehicles, officials said.

Additional arrests and charges are likely, according to the Lake County Sheriff's Office. 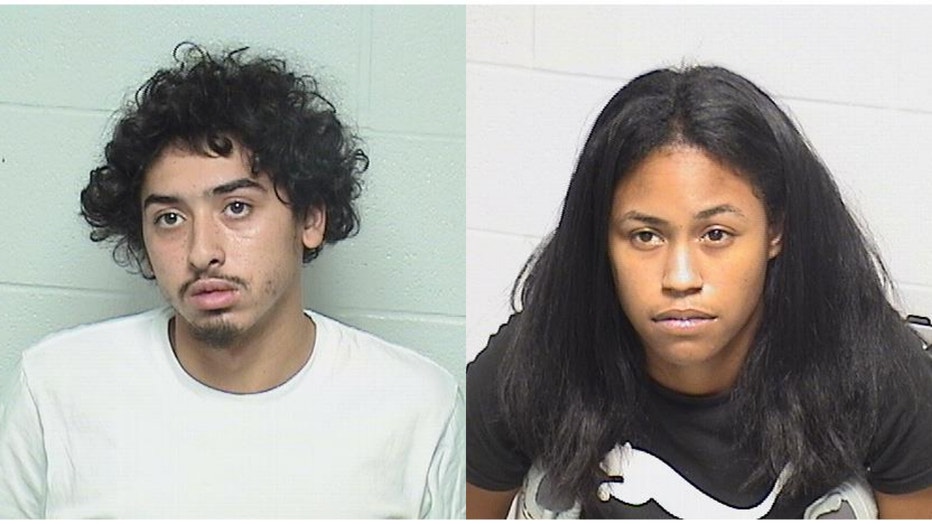 "I am very proud of the thorough work of our initial deputies on the scene and the subsequent investigation by sheriff’s detectives. They are working diligently to hold everyone involved in this senseless shooting accountable," Sheriff John D. Idleburg said in a statement.

Anyone with information is asked to contact the Lake County Sheriff's Office at 847-377-4250, or Lake County Crime Stoppers HERE.