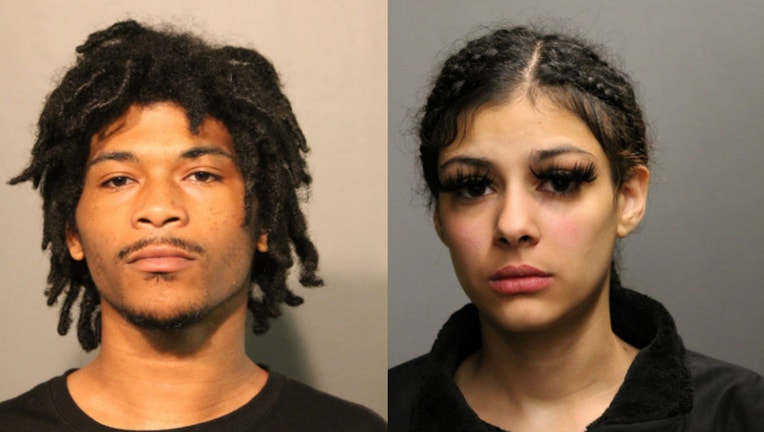 CHICAGO - A man and woman were charged in a pair of attacks and robberies Wednesday morning at the CTA Belmont Red Line station on the North Side.

Sean Harris, 24, and Eva Watts, 20, were accused pushing a 46-year-old man to the ground and beating him under the platform in the 900 block of West Belmont Avenue around 4:30 a.m., Chicago police said.

They stole his belongings and then went to the Red Line platform, where they beat another man, 48, and took his belongings, police said.

Both victims were taken to hospitals with minor injuries.

The man was shot dead on a bus in Garfield Park by two men who had gotten on the bus at Pulaski and Jackson and pulled out guns as they walked to the back. Another man was wounded.

Three people were arrested but charges were only filed against two, police said.

Harris and Watts each face two counts of aggravated battery and robbery in the attacks.

Watts was also charged with aggravated battery to a peace officer for allegedly attacking an officer while she was being placed into custody.

Watts, from Irving Park, and Harris, from South Chicago, were expected to appear in court later Thursday.