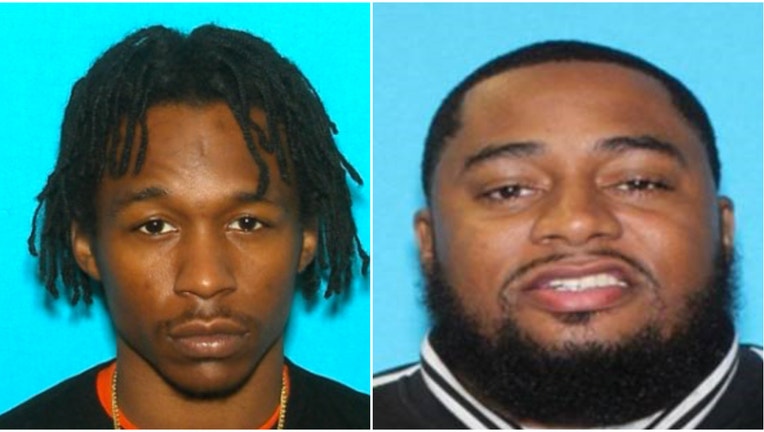 HINSDALE, Ill. - Two men have been convicted of federal charges in connection to a Hinsdale jewelry store heist that netted more than $200,000 in stolen merchandise.

Tobias Diggs of Chicago and Joshua McClellan of Oak Lawn were armed and masked when they allegedly stole several luxury brand watches from Razny Jewelers, 37 S. Washington St. in the western suburb, according to federal prosecutors in Chicago.

On March 17, 2017, McClellan allegedly drove the getaway car — a Lexus SUV — while Diggs and two others entered the store and pointed a gun at a female employee, prosecutors said. After one of them tackled a store security guard, Diggs hit the female employee with the gun and dragged her by her hair to a back room, while he and the others gained accessed to the store’s safe and stole the jewelry, prosecutors said.

They were convicted Thursday after a six-day trial on all counts against them, including conspiracy to commit robbery, robbery, transportation of stolen goods and brandishing a firearm during a crime of violence, prosecutors said.

Diggs and McClellan were initially indicted in 2018 after allegedly selling or disposing of some of the stolen jewelry in the Chicago area and Atlanta, Georgia.

Two other men participated in the robbery, but haven’t been convicted, prosecutors said. Marvon Hamberlin, 42, of Chicago, was also indicted but remains a fugitive. A fourth person hasn’t been identified.

The firearm charge carries a maximum life sentence. The conspiracy and robbery counts each carry maximum sentences of 20 years in prison, while the transportation of stolen goods charge is punishable by up to 10 years.