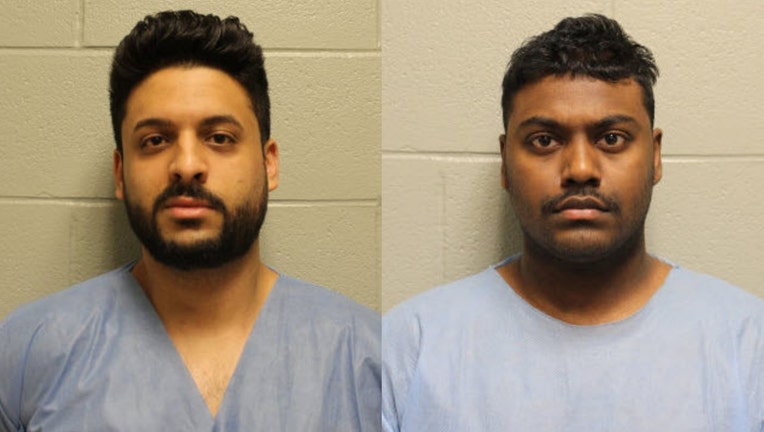 Schaumburg police said Raza H. Zaidi, 29, and Surya Govindhakannan, 19, were in a parking lot around 2 a.m. in the 1300 block of North Roselle Road when Zaidi began arguing with four people standing by a nearby vehicle, police said.

Zaidi started attacking two people and retrieved a .380-caliber handgun from his car and fired three shots at one of them, police said.

One of the rounds went into the vehicle where a few people were sitting but no one was struck, officials said.

Zaidi and Govindhakannan left the scene in his vehicle. They were pulled over during a traffic stop where police recovered two handguns from inside the car, officials said.

Neither Zaidi nor Govindhakannan had FOID cards or concealed carry cards, police said.

Govindhakannan, of Des Plaines, was charged with aggravated unlawful use of a weapon.

Both of them are due in bond court Wednesday.