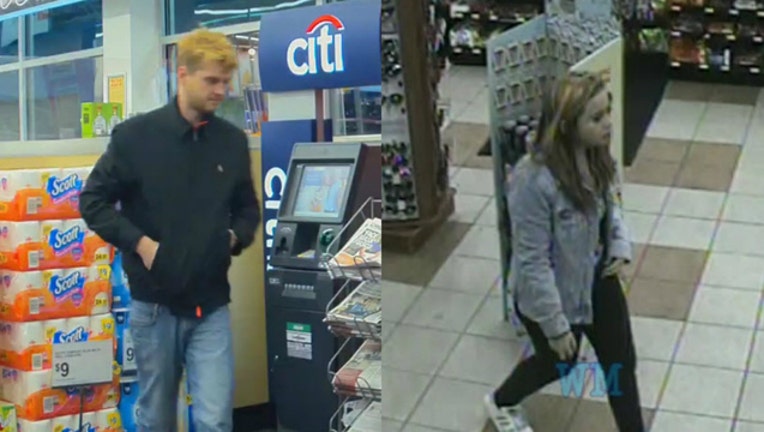 The duo is suspected of stealing a wallet and using the stolen credit cards in the Glen Ellyn and Wheaton areas on Sunday, according to a statement from the DuPage County sheriff’s office. They are wanted on charges of burglary, unlawful use of a credit card and retail theft.

The man and woman are both thought to be between 18 and 22 years old with blond or brown hair, authorities said.

The sheriff’s office released photos of the pair on Thursday and are asking anyone with information to call (630) 407-2364.