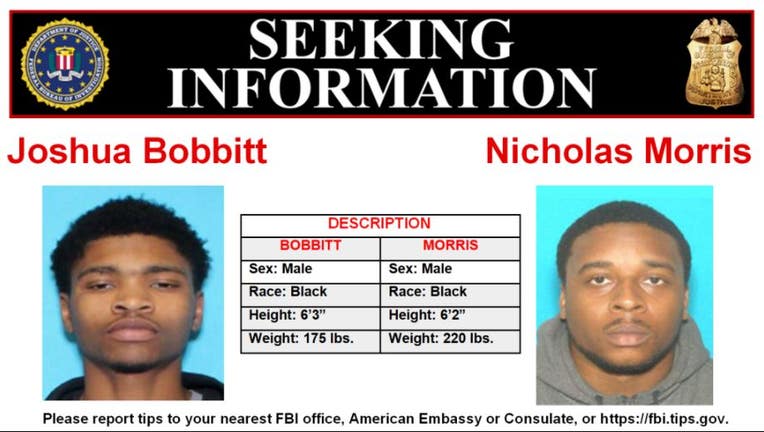 RIVERDALE, Ill. - The FBI is offering a $10,000 reward for the conviction of two men wanted in a murder in Riverdale in the south suburbs.

Nicholas Morris and Joshua Bobbitt are wanted for allegedly driving along another vehicle and shooting several rounds, according to the FBI.

They stayed to watch the vehicle run off the road before fleeing. The victim was 30-year-old Nicholas Dukes of Steger.

The incident happened Dec. 14. in the 14500 block of South Halsted Street.

It is believed that Morris is being harbored by associates in the southern suburbs of Chicago.

The FBI is offering up to $5,000 for information leading to the arrest and conviction of either individual.