CHICAGO - A 16-year-old boy was fatally shot Monday night while riding in a car in the Lake View neighborhood in what police said may have been a shootout.

Joseph Christopher Sunpongo was a passenger in a car traveling eastbound around 10:52 p.m. on West Irving Park Road when shots were fired from a Dodge sedan, police said.

The boy was struck in the head and the car he was in crashed into a parked vehicle in the 4000 block of North Ashland Avenue, police said.

The driver fled on foot and the boy was taken to Illinois Masonic Medical Center where he was later pronounced dead, police said. 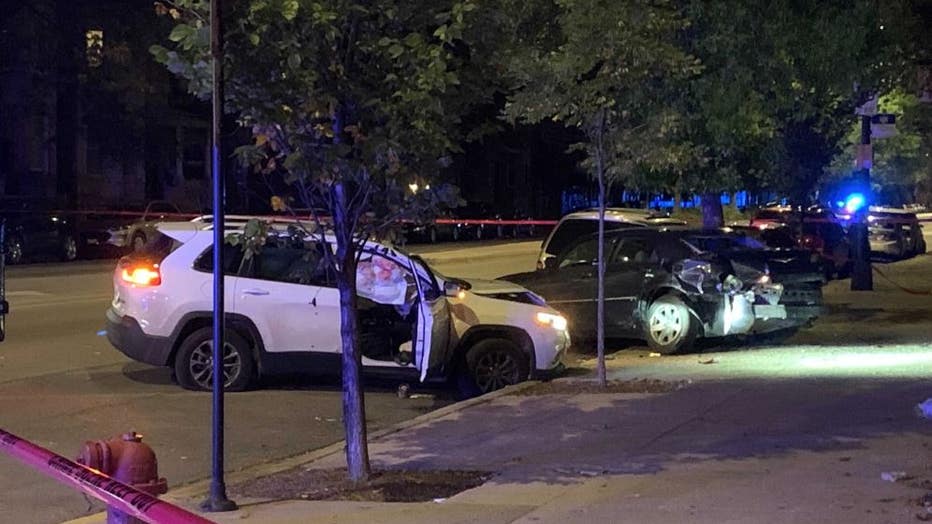 Police said a weapon was recovered from the victim's vehicle and that shots may have also been fired from the boy's car.