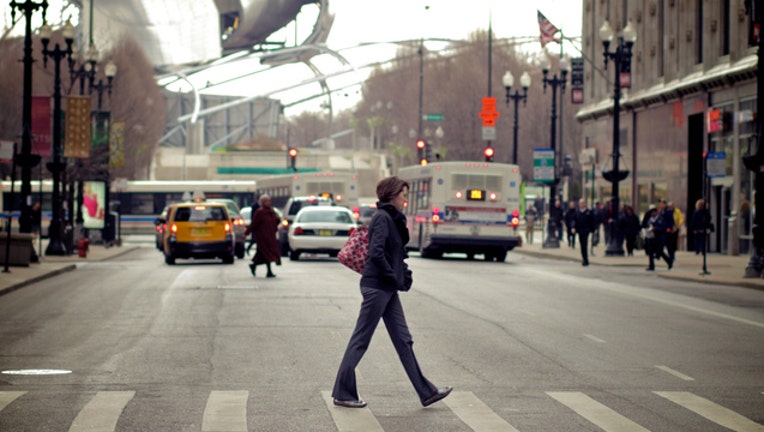 SPRINGFIELD, Ill. (AP) - Data from the Illinois Department of Transportation shows that the state's pedestrian fatalities increased by 18 percent in 2015.

Federal data indicates that pedestrian deaths are on the rise nationwide, with 4,884 killed in 2014 -- the highest number since 2005, when 4,892 were killed. Federal official are still finalizing figures for 2015, but they have said the first nine months of last year show a 9 percent increase in traffic deaths, which is expected to be reflected in pedestrian fatalities, and they believe that tally will increase.

Such accidents "take their daily toll but often go unnoticed," National Transportation Safety Board Vice Chairman Bella Dinh-Zarr said Wednesday at a hearing on pedestrian safety in Washington, D.C. "There is no better time than now to address this important and urgent issue."

Impaired or distracted driving and walking, as well as poorly designed crossings and signals are to blame for the increase in pedestrian deaths, according to experts.

In many suburban areas, "roads are designed to move as many cars as possible and as fast as possible," Active Transportation Alliance Campaign Director Kyle Whitehead said. "People walking are an afterthought."

He said the increase also can be attributed to more people driving as the economy recovers and gas prices stay low.

"The two most common factors (in pedestrian deaths) are vehicle speeding and failure to stop for people walking," Whitehead said.

In 2010, Illinois passed a law requiring drivers to stop for pedestrians at crosswalks, but an Active Transportation Alliance study determined that many drivers ignore or are unaware of the mandate.

"A lot of people didn't even realize there is a law," Whitehead said. "Everyone acknowledges we've got work to do."