CHICAGO - Bicycle advocates renewed calls for safety improvements along Madison Street in the West Loop after a cyclist died days after he was struck by a hit-and-run driver.

The crash near Peoria Street threw Paresh Chhatrala, 42, into the air from his bicycle Saturday evening, according to a police report.

He was biking west on Madison Street around 10:40 p.m. when an oncoming driver swerved to avoid a metal plate on the road and struck him, police said.

The driver, Courtney Bertucci of Joliet, continued with Chhatrala’s bike stuck under her car but was stopped by several witnesses at Aberdeen and Monroe streets, police said. When officers arrived, a citizen was holding Bertucci, 30, against her Volkswagen Jetta.

Chhatrala was hospitalized in critical condition with injuries to his head and body, police said. He was pronounced dead Wednesday afternoon at Stroger Hospital.

At the time of the crash, police said they suspected Bertucci was under the influence of drugs. Officers found empty baggies of heroin in her car, according to the police report.

She was charged with possession of a controlled substance, possession of drug paraphernalia, operating an uninsured vehicle and striking a pedestrian in a roadway. A judge ordered her held on $10,000 bond. 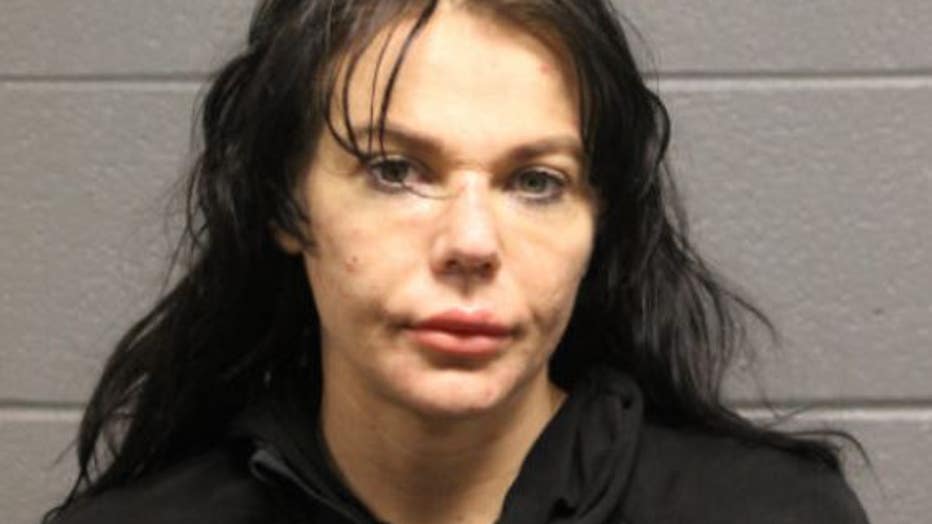 The section of Madison Street where Chhatrala was hit became more dangerous to cyclists after the city removed concrete planters years ago, according to Christina Whitehouse, founder of the advocate group Bike Lane Uprising.

Ald. Walter Burnett (27th) pushed for the city to pay $400,000 to remove the planters in 2019 to east traffic congestion, according to Block Club Chicago. The planters were famously installed to beautify the neighborhood by former Mayor Richard M. Daley in the run-up to the 1996 Democratic National Convention.

But removing the planters allows drivers to speed more easily and, in the case of Chhatrala, for a driver to cross the median and strike someone, Whitehouse said. She said the crash was a direct result of removing those planters.

"Alders have the prerogative to change the landscape of their wards, and those changes affect real people. Burnett single-handedly had those planters removed. There was pushback on it. He spent $400,000 in taxpayer funding and made people less safe," Whitehouse said.

Burnett said it was unfair to pin the crash on the lack of planters.

"You can’t say it’s because of a planter," Burnett told the Sun-Times Thursday. "In many crashes, there aren’t any planters. There’s been many crashes on the planters.

"It’s very unfortunate that somebody lost their life because of this. You can point your finger at many things, but I don’t think it’s anyone’s fault. I think it’s an accident. My condolences go to the family," Burnett said.

At least one other bicyclist and four pedestrians have been struck and killed on Chicago streets this year, according to Streets Blog Chicago.