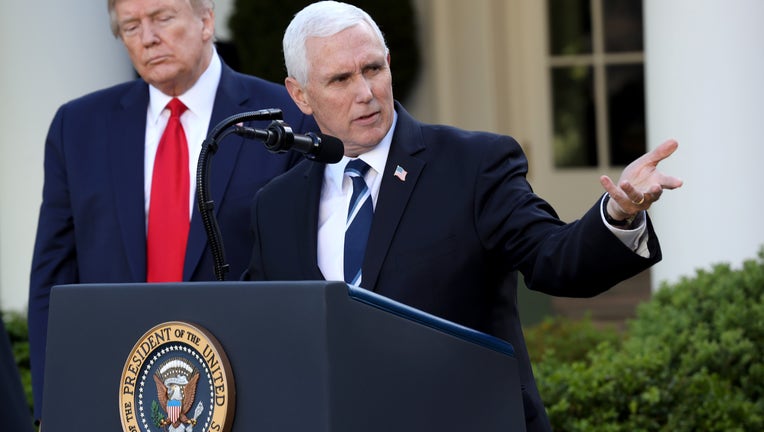 WASHINGTON, D.C. - Vice President Mike Pence says he doesn't want to say "Black Lives Matter" because he doesn't agree with what he believes is the political message behind it.

Pence says he stands against racism and that George Floyd's death was inexcusable, but that "all lives matter."

He tells CBS: "What I see in the leaders of the Black Lives Matter movement is a political agenda of the radical left that would defund the police, that would tear down monuments, that would press a radical left agenda."

Pence added that he cherishes "the progress that we have made toward a more perfect union for African Americans throughout our history."

He said African American leaders have made clear to the Trump administration "they want law and order" and "peace in our streets."