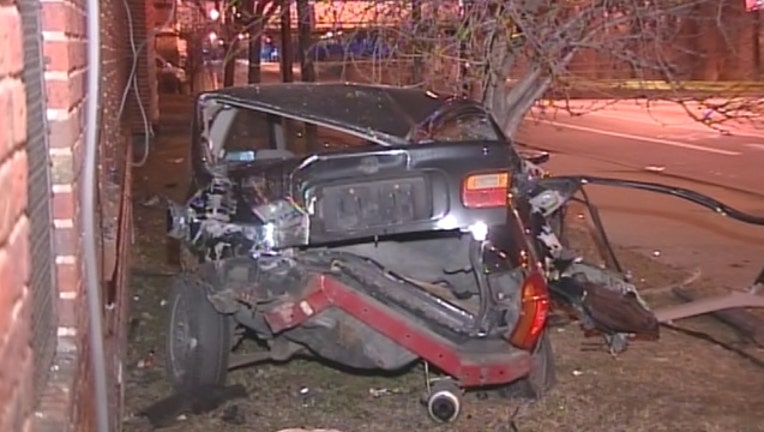 Chicago Police investigate in the 4200 block of West Diversey, where a car crashed into a pole then came to rest against a building early Thursday. | NVP News

SUN-TIMES MEDIA WIRE - A passenger was found dead and the driver took off after a car crashed into a pole early Thursday in the Belmont Gardens neighborhood on the Northwest Side, police said.

The car crashed into the pole about 3:15 a.m. and came to rest against a building in the 4200 block of West Diversey, according to Chicago Police.

A passenger was pronounced dead at the scene about 3:35 a.m., police and the Cook County medical examiner’s office.

The driver ran away after the crash, police said.

No one was in custody early Thursday as the police Major Accidents Investigation Unit investigates.