'Justice for Ludwig': No charges filed against suburban Chicago man who shot dog

Was a suburban Chicago man justified when he shot and killed someone else's beloved pet dog Ludwig? Police and the prosecutor say: Yes, and that man will not face charges.

KANE COUNTY, Illinois - Was a suburban Chicago man justified when he shot and killed someone else's beloved pet dog Ludwig? Police and the prosecutor say: Yes, and that man will not face charges.

The victim was a Dogo Argentino named Ludwig. The shooter was Hal Phipps, whose wife is Wayne Village President Eileen Phipps. Ludwig died along the Fox River in Kane County on August 10.

On Wednesday, Kane County Sheriff Ron Hain and Kane County State's Attorney Jamie Mosser presented an elaborate amount of evidence at a press conference that might have seemed better suited to a human murder trial. The case has torn apart the community of St. Charles, where signs have gone up around town demanding "Justice for Ludwig." There was even a candlelight vigil and a Facebook group called "Justice for Ludwig" has more than 3,200 members.

But the bottom line on Wednesday was: Hal Phipps will not face any charges in the death of Ludwig.

Mosser said that she's gotten flooded by calls and emails from people demanding she charge Phipps. She said as a dog lover, she feels pain for the dog's owner, but she has to follow the law. 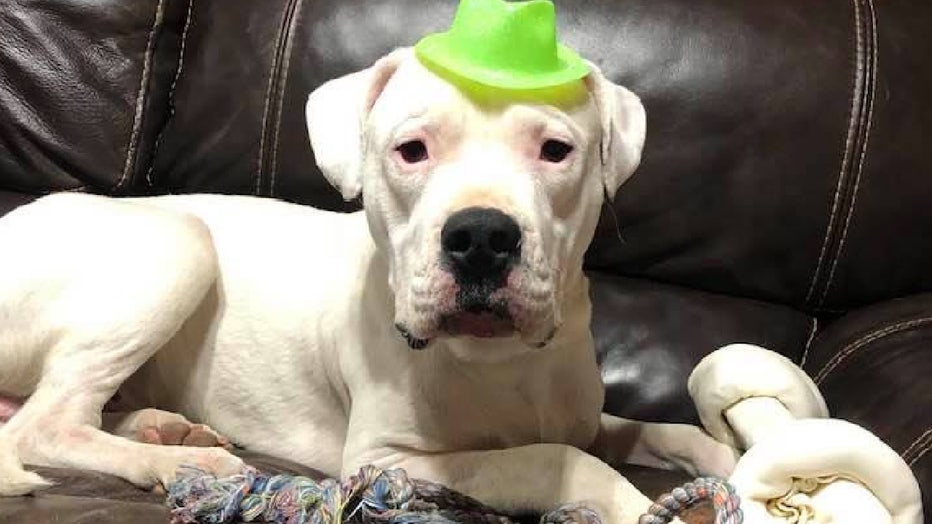 "I can only decide a case based on the facts and the law. The facts and relevant law in this case show I cannot charge Mr Phipps in this shooting," Mosser said. "It's very clear that Mr. Petit loved ludwig as if he was his son."

The sheriff said Wednesday that Hal Phipps called 911 after he shot Ludwig, claiming that the dog's owner, Joe Petit, was yelling at him. He used a 38 caliber pistol to kill the pet, which had been swimming in the Fox River with a friend of Petits.

"The witnesses saw the dog stumble towards the river's edge. They saw the dog fall into the river," Hain said.

Some supporters of Ludwig and Petit wanted Phipps charged for endangering the woman's life, but Mosser said she was more than 30 feet away from the direction of the shooting.

"It is clear in this case that Mr. Phipps caused the death of Ludwig. Mr. Phipps said he shot Ludwig because he feared for his life. This fear was based on the aggressive behaviors of the dog on the day in question along with an attack he alleged," Mosser said.