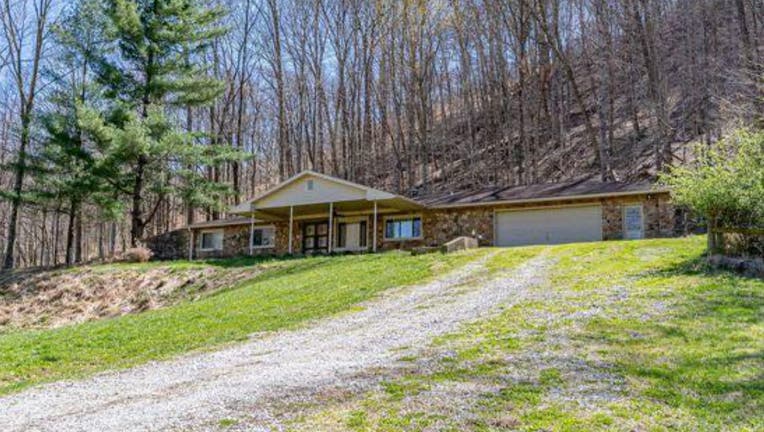 From the outside, the house appears to be a typical looking ranch-style two-bedroom/two-bathroom house. (Zillow)

Most homes don’t feature vaults large enough to keep a person inside.

A real estate listing for a house in Kentucky is making waves on social media for having a unique feature. While the home appears to be a typical residential house, it apparently comes with an extra room.

That room is described a "walk-in safe room."

The listing was featured on the Facebook page "Zillow Gone Wild," where it has received thousands of likes and comments. From the outside, the house appears to be a typical looking ranch-style two-bedroom/two-bathroom house.

On Zillow, the listing explains, "There is an additional bonus room that can be used as a craft room or office with a walk-in safe room attached."

In the photos, this safe room appears to be located behind a thick metal door, which then has a jail cell-styled bar door behind it. The room behind has barren, white walls, a single light bulb and one outlet halfway up the wall.

On social media, many users compared the room to the sort of place a kidnapper would keep a victim.

One user commented, comparing the listing to other listings for former jail-houses-turned-residences. They wrote, "It’s different when it’s a couple of jail cells with toilets and sinks, but this...nuh uh. They’re basically saying here’s the perfect house for anyone who wants to torture people!"

Another user explained that the room appears to be similar to bomb shelters. They explained, "You see these every now and then in Cold War-era houses. A little uncommon to see one in a house built in 1985 though."

"Underground homes were a thing here in Kentucky for a while, because… tornadoes," explained another user. "There's several in my town."