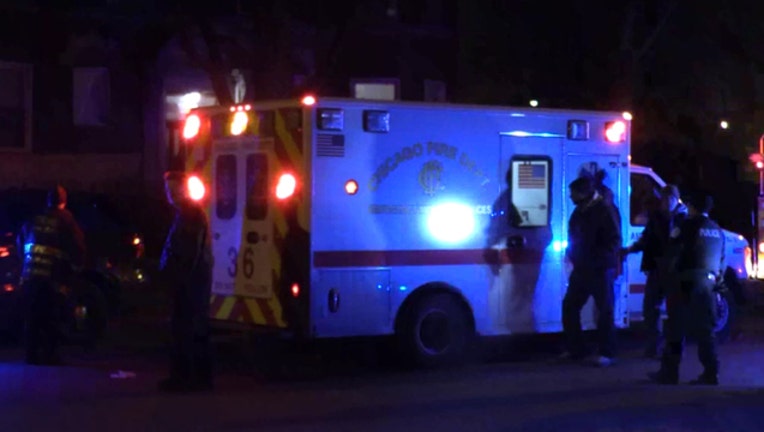 CHICAGO (SUN TIMES MEDIA WIRE) - One man was killed and at least four other people were wounded in shootings Tuesday across the city, according to Chicago Police.

The 23-year-old man was gunned down at 5:08 p.m. in the Parkway Gardens neighborhood on the South Side. He was walking in the 6400 block of South King Drive when two people walked up and fired several shots. He died at the scene, police said. The Cook County medical examiner’s office did not immediately provide information on the fatality.

The day’s latest nonfatal shooting happened about 11:30 p.m. in the Washington Park neighborhood on the South Side. A 51-year-old woman answered her door in the 5200 block of South Prairie and got into an argument with a male over a drug transaction, police said. The suspect then pulled out a gun and opened fire, striking the woman in the abdomen. He then ran away. She was taken to Northwestern Memorial Hospital, where her condition was stabilized.

About 10:20 p.m. in the Chicago Lawn neighborhood on the Southwest Side, a 23-year-old woman was inside an apartment with a male who was handling a gun in the 6200 block of South Spaulding when the gun accidentally fired and she was struck in the left hand, police said. She showed up at Holy Cross Hospital, where she was listed in good condition.

Earlier Tuesday, a man walked into Swedish Covenant Hospital claiming he had been shot in the hand in the Kilbourn Park neighborhood on the Northwest Side. He told investigators he had been shot about 5:10 p.m. in the 3500 block of North Milwaukee, police said. Additional details were not available.

The day’s first shooting left a 25-year-old woman wounded in the East Garfield Park neighborhood on the West Side. She was sitting in a parked vehicle at 12:48 a.m. in the 3500 block of West Van Buren when another vehicle pulled up and someone inside fired shots, police said. She was shot in the buttocks and taken in good condition to Stroger Hospital.

Tuesday’s shootings followed a violent four-day Christmas weekend, in which 11 men were killed and 48 others — including the woman shot on Van Buren — were wounded.